The increase in the numbers of French basketball players abroad warrants a section of its own. 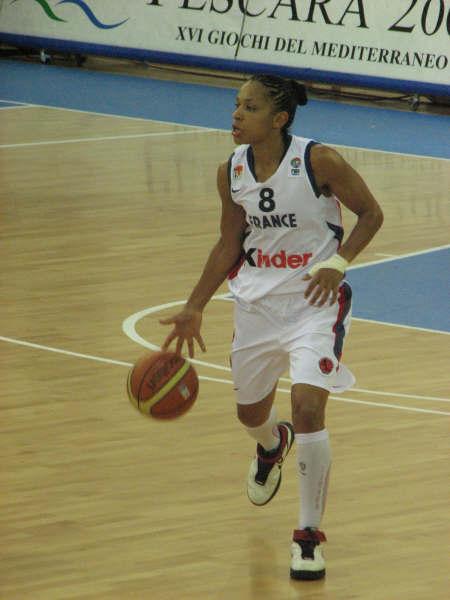 It is s common practise for the WNBA to use the term overseas players while referring to foreign players like Sandrine Gruda and Edwige Lawson-Wade (in picture) when they are playing in the American WNBA.

You will find a number of French players in some of the top clubs in the Czech Republic, Latvia, Italy, Russia, Spain and Turkey.

There are also a number of players who are not French but have had such an impact in France that they been adopted by their French clubs. So we will also follow their career from time to time.

All the links to stories from these women playing basketball abroad will be found on this page .

You can move between the sections as they appear by clicking on the links below or by scrolling down the page.

2. NCAA and news from North America

3. Former stars from the French League

14 May 2011: Isabelle Yacoubou-Dehoui moves from Italy to Spain

13 April 2010: Sandra Le Dréan brings an end to her professional career as a player

6 November 2009: Sandrine Gruda is in her eighth season away from home

06 November 2009: Edwige Lawson-Wade in Russia and the USA

03 November 2009: Krissy Bade and and Allison Feaster in Spain

NCAA and news from North America

Former stars from the French League