The very first FIBA Europe youth international event for women under 18 had been the European Championship which was inaugurated in 1965.

11 teams participated in the first edition of the competition and the Soviet Union (USSR) became the European champions with a perfect 9-0 record.

The competition was held every two years until 2004. The only exception was in 1984, when it was decided to change the tournament to be played in an even numbered year.

Czechoslovakia broke the Soviet Union's sequence in 1975 and also again in 1983. Yugoslavia was the only other nation to win a European Championship in 1984 apart from the Soviet Union.

In 2005 FIBA Europe introduced the two-division concept for the U18 Championships, with 16 teams in Division A and the rest in Division B.

By doing this it became possible to have a championship every year and the concept of relegation and promotion was introduced with two teams relegated and two teams promoted.

A change of rules in 2012 increased the relegation and promotion numbers to three teams. 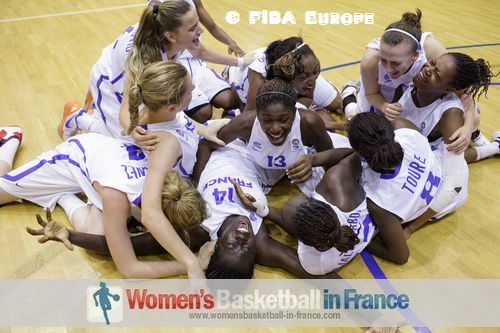 Serbia won the first Division A title in 2005 and was also successful in 2007.

The U18 Championship also serves as the FIBA U19 World Championship for women qualification event for the FIBA Europe zone every other year, in which the top five teams qualify.

You find the links in the right menu of this page of womensbasketball-in-france's (wbbif) coverage from previous U18 European championships.