EuroCup Women (ECW) became a FIBA Europe competition in 2003 although the competition had been created in 1974.

The format of this event has been modified several times since 2003 with the latest modification coming into effect during the 2011-2012 season.

Each national basketball federation within the FIBA Europe zone is allowed to enter a maximum of five teams. However since 2008 the number of teams participating has dropped from fifty-three to thirty for the 2013 edition.

This competition does not receive the same amount of television or web streaming coverage as EuroLeague Women but it is possible to follow the play-by-play live actions of the matches with live streams from the clubs on match day.

You can view our news from any season by clicking on the links on the right side of the page.

From 2003 until 2005 the competition was concluded in the format of a final four. In 2006 the final four was replaced with a final played over two games on a home and away basis.

You can find a list on winners and losers from each edition below: 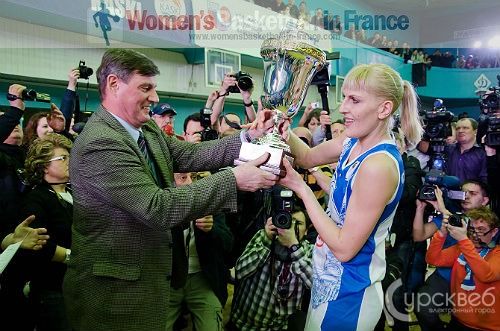 The * precedes the score of the team playing at home.

Competition page for each season: