The steps in becoming a professional basketball player is not as complicated as one is made to believe.

The internet and the agent market has simplified the search. Yet to be an official pro baller in Europe today (2013), the contract includes a compensation clause for playing.

On the other hand men players can already pick up professional contracts in almost any division or level. This even applies to amateur teams.

This scenario is found in all the nations that make up the FIBA Europe zone. 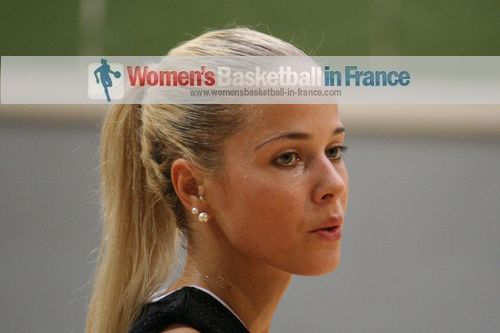 In women's basketball becoming a professional basketball player is another story: the compensation package cannot be compared with the men one's.

This is the reason why WNBA players come abroad to supplement their income or just minimise their living expenses.

Once a club is paying for your accommodation, you are considered a pro baller in the eyes of the club. The type of contracts varies depending on the country but the principal is the same.

In France for example only players with an FFBB approved contract are registered as professional players.

This means that the clubs have the possibility of interchanging players also in case of injuries.

In the divisions below LF2, such as NF1 or NF2, players are offered all types of contracts which are recognised as employment or training deals. However they are not professional basketball contracts.

Starting from the 2013-14 season womensbasketball-in-france brings to you video articles from players and coaches on their careers and how they they cope in the professional world of basketball.

In the right menu you can find the link to our original series of women playing basketball in France (2007-2013) with its original audio interviews.

23 October 2013: Women's basketball in France: in the hands of Philippe Legname