Allison Vernerey always knew she was going to study in America.

Instead of taking up an offer to go to the CFBB at 15, she stayed closer to home and played basketball for her local club Mulhouse.

She helped them to promotion in 2007 from NF3 to NF2. But in 2008 they were relegated. So last season she played at Illkirch-Graffenstaden, a club 100 miles from her home.

Vernerey first played for France in 2006 and as joint captain with Tchatchouang became European champions in 2007 in the U16 age group.

She was the captain again this summer (2009) and won a silver medal at the U18 European championship. Vernerey was a member of the U19 French team at the FIBA world championship.

Vernerey’s planning for college life in the USA was perfect completing all the American exams early and signing for Duke University (Blue Devils) during the early signing period in November.

She followed the correct curriculum as specified by the NCAA and did not require summer school. 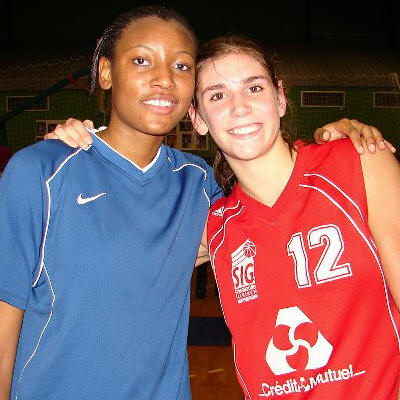 Vernerey and Tchatchouang had the honour of joining the French National team at an official training camp in January.

With EuroBasket 2009 and their final high school exams being at the same time, neither player would have been able to have played for France, if they had been selected.

The two regional papers in the Alsace have run stories on Vernerey all during the season and are likely to carry on all through her university career. 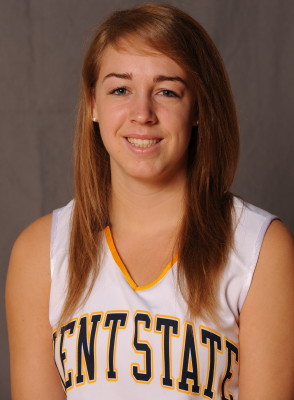 Last season she captained the team in NF2. Barroilhet was born in London but has lived in France for more than 15 years which makes her "Anglo-Francaise".

The local newspaper in Bourges wrote an article on her at the end of the season (2008-2009) about her admission to Kent State University, playing NCAA basketball and representing Great Britain.

She was a member of the French U16 team in 2005 but was not selected for the European championship.

In 2007 she was allowed to join the English national team and has represented England at U18 level for two seasons. Last season she was a key member of the Great Britain U20 programme.

Due to her late decision about coming to the USA and not to fall foul of NCAA eligibility rules, she was sitting on the bench with the first team of her club at the end of last season (2008-2009) which allowed her to pick up a championship and French cup medal.

In 2008 she played in the same England team as Katrin Chiemeka, whereas they had already played against each other in 2006 during a French national cadettes (U18) match.

Barroilhet made a late decision about playing basketball in America and only took her exams for American colleges after she completed her high school education.

She decided to join Kent State and is on the roster of the Golden Flashes but has not been cleared to play this season by the NCAA.

She has to wait until 2010 before she can play her first official game. 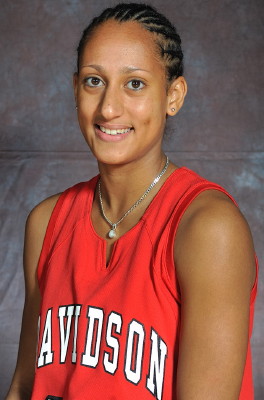 Katrin Chiemeka is still on the list of women playing basketball abroad
The travelling of Katrin Chiemeka, born in the Netherlands, continues.

Of all the freshman in this article, you will not find any stories in the local papers about her joining the women playing basketball in the NCAA.

However in Spain her career is followed by one of the best known websites on women’s basketball.

Her university is just 149 miles away from her former Alsace captain Vernerey.

Chiemeka played for Illkirch-Graffenstaden in 2004-2005 when the club was becoming a power in youth basketball in France.

She then moved on and improved her skills with the ladies of the Wattignies Connection and Nord/Pas-de-Calais.

She has been involved with the English national team since 2005 and has played in four European championships.

In 2008 she joined forces with Barroilhet in the U18 national team.

Chiemeka won the award of England player of the year twice in different age groups and has also captained the national team on several occasions.

She is expected to make her début in the NCAA in January 2010 for the Davidson Wildcats.

During her season playing in Reims, Chiemeka met Sophie Bertrand who is currently in her freshmen year for St. Thomas Aquinas College in New York state.

Bertrand is the fifth freshman this season from France and her college team, the Spartans, is playing in NCAA Division II.