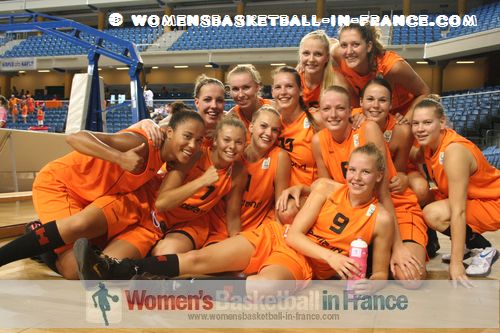 The Netherlands write another page in their FIBA Europe history of youth basketball with their qualification for the semi-final after beating the Ukraine (71-63) in the second quarter-final.

René Spandauw, the coach from the Netherlands practically lost his voice during the game as he spent almost the whole 40 minutes barking instructions.

He either took a calculated risk or he is a good chess player because he changed the way his team played.

The defensive systems were rather complicated to follow but he decided to cut off the running lane of Alina Iagupova. So she had to work extra hard to score her 21 points. 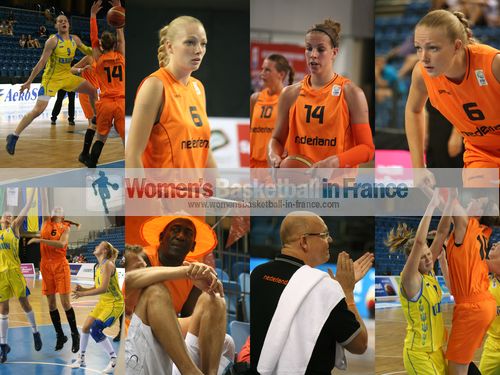 The Ukraine appeared to have had the perfect start (10-2) with just over four minutes played. The Netherlands players spent more time on the floor than on their feet. Hence their coach called a time-out and switched to plan B.

While the Ukrainian players blocked the perimeter to cut off the three-point shooting capabilities of their opponents, Marlou de Kleijn from the Netherlands started to cut inside.

This made the Netherlands finish the first quarter leading (19-17). They completed their 11-0 run (25-17) early in the second quarter.

The Ukraine were able to stay on the tail of the Netherlands with the power of Alina Iagupova and the finishing of Oleksandra Chek and Lyudmyla Naumenko. They went into the locker room trailing (37-40).

The Netherlands had their big break in the third quarter with Jamailah Adams taking over the task to block the running of Iagupova. The Ukraine failed to score for almost eight minutes while Sharon Lammerink and Zera Butter and the workhorse de Kleijn did enough to give their team a 13-point cushion (56-43) going into the final quarter.

The Netherlands were never going to lose the game in the last quarter with their coach calling out instructions all the time. The Ukraine did bring down the deficit but it was the day of "Oranje fever" as the contest fizzled out. 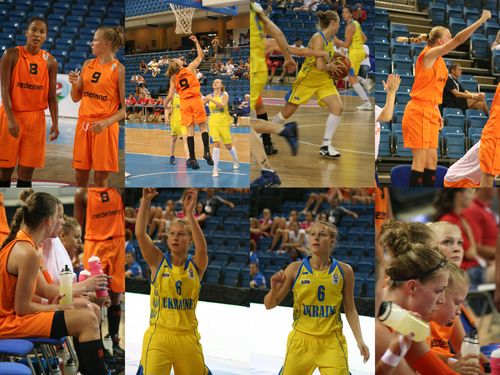