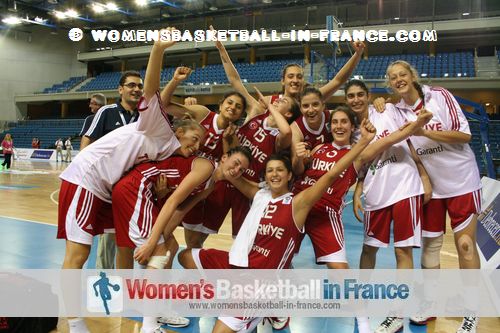 Turkey are looking for their first podium finish at a FIBA youth tournament after another excellent performance in Debrecen. They finished top of their group with maximum points after beating France (61-56).

The Turkish team have so far played with a lot of maturity and calmness on the court. Yet during time-outs their coach Aziz Akkaya gives them a hard time.

France once again struggled defensively. They committed too many fouls early in the game so were handicapped during the closing stages.

Gregory Halin, the French coach tried on several occasions to calm his players down and drew up simple plays but the finishing was not consistent.

Claire Stievenard once again worked hard all round the court doing the little things that are not picked up by the statistics. Unfortunately for France she fouled out during crunch time.

France move into the qualification round with no victories after their second defeat at the FIBA Europe U20 Championship for Women Division A.

Turkey kept it simple and it worked 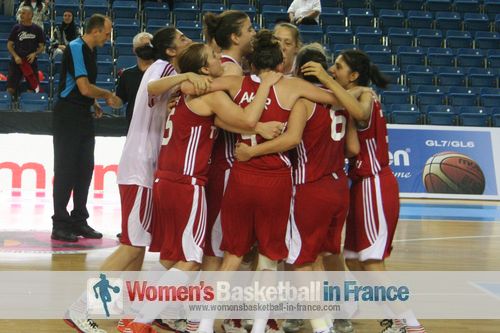 The game started with France rushing their shots while Turkey sat back and scored on the counter. Turkey were in no hurry and soaked up the pressure and led (6-5) after five minutes.

Both coaches were not happy and did not mix their words during time-outs. The players woke up with both sides starting to play the type of youth basketball that they are well known for in FIBA youth basketball tournaments.

Turkey worked set plays from the middle of the court with perfect cuts, while France mixed aggressive defending with fast breaks and clutch shooting.

France finished on top (13-12) at the end of the quarter and Aziz Akkaya, the Turkish coach told his players off. 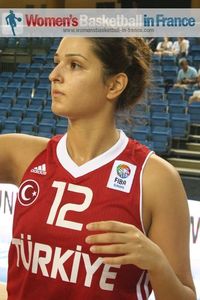 Gregory Halin had no choice but to call a time-out two minutes into the quarter and then drew on his board what he wanted.

It was like magic: France hustled, scored in the paint, around the basket and from beyond the arc to take the lead (19-16).

This sudden change of pace by France forced Turkey into changing their approach by applying a full court press.

France once again found it hard to score while Olcay Cakir from Turkey went on a couple of interesting coasts to coasts.

Her exploits brought Turkey right back onto the tail of France at the break (27-28). Then it was the turn of Halin to tell his players off.

The third quarter reverted back to a chess match with neither side really controlling the game.

While the basketball was technically very good the game still lacked any intensity. The players continued to run up and down with France holding on to the advantage (44-43). 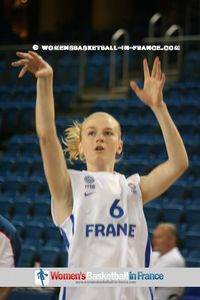 Turkey had been warming up since the end of the third quarter and raised their game in the final quarter.

Özge Kavurmacioglu and Ayse Cora continued to be at the right place at the right time with their side controlling the game (51-49) with six minutes to play.

Claire Stievenard (in picture) was once again doing all the unselfish things for France and Sara Chevaugeon hit a big three that gave France some hope but the foul count was against them.

However in the end it was the simple things that Turkey did that enabled them to remain unbeaten (61-56) at the FIBA Europe U20 basketball festival in Debrecen.