This edition of the FIBA Europe U20 Championship has been hotly contested. In the preliminary round we had to wait until the very last match to know the 12 teams qualified. This is also the case for the second round for the quarter-finalists.

While the epidemic that has hit this tournament is almost over with most of the players out of hospital players are still sick and rosters are not complete.

For France Héléna Akmouche who is participating in her final youth championship should be returning on court for the last match of the second round.

In the relegation group Portugal have recorded their first victory of the championship with an overtime win against Latvia (60-57).

For the first time since the second day Portugal were able to use more than six players with nine players getting on the court. Trailing by 9 points going into the final quarter they fought tooth and nail all through the 4th quarter and levelled the tie through Daniela Domingues.

Overtime was kind to them as they recorded the first ever victory for Portugal in Division A.

For Great Britain the misery continues as they lost to Italy (48-67) to remain the only team without a win in this tournament. 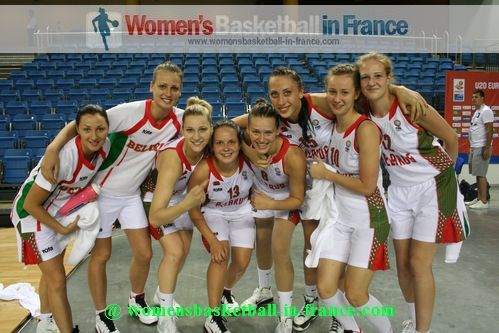 Belarus beat Poland (60-54) in a game which neither coach want to remember. It was a scrappy game that never took off. Belarus needed to win to stay in the competition. Ksenija Voishal fired in 18 points while Mariya Papova added 15 points for the victory.

The Netherlands eliminated Lithuania from the competition with a (66-54) victory while keeping their title ambitions alive. The Netherlands had to wait until the last five minutes of the game with a 14-3 run to down their opponents.

Sweden had beaten Spain in a preparation game so it should came as no surprise that they handed Spain their first defeat in the U20 European championship since the final in 2010 (13 games). The match winner was Farhiya Abdi who we spoke to earlier in the day. She scored the winning basket and had 21 points and 10 rebounds.

All the same Sweden and Spain are both in the quarter-final.

Everybody still fighting in Group E 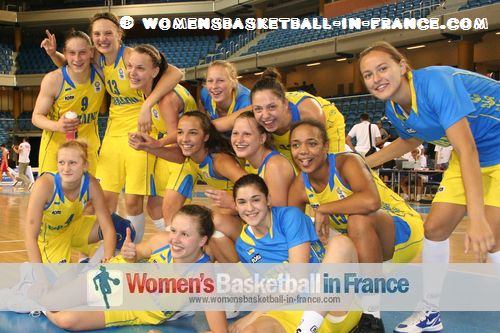 Sometimes it is hard to imagine what Ukraine would do without Alina Iagupova . She had an unbelievable match against Russia. She also demonstrated that she could be a team player. She once again filled the statistic sheets as Ukraine beat Russia (68-62) with 24 points, 15 rebounds, 3 assists and 3 steals.

In the other game from the Group, Turkey did an impressive job in beating Slovak Republic (56-43). It was not a highly emotional game. Both teams had difficulty in scoring because of the defensive systems in place.

Olcay Caki was the main catalyst for Turkey. You may listen to the comments from Aziz Akkaya, the Turkish coach below.

France have a chance of staying in the competition after rolling over Serbia (68-44) but they must win their final group game.

Turkey are the only team that have qualified from the group. The rest of the quarter-final places will be decided during the final round of the second-round matches.