The best European youth basketball players born after 31 December 1992 take centre stage after the completion of  Eurobasket Women  2013 with the U20 European Championships.

Turkey are hosting the Division A championship for the first time, while Bulgaria are the hosts for the Division B competition.

Both tournaments take place at the same time from 4 until 14 July 2013.

Samsun is the hosting city for the Division A tournament in Turkey. Te Turkish Federation are using this event as a test run for the 2014 FIBA World Championship for Women which they are also hosting.

For the Division B tournament in Albena only the Albena Sport Gym is used for the matches.

The format for the Division A tournament is unchanged from last season:

The teams are split into four groups of four teams. At the end of the preliminary round the top three teams of each group move to the qualifying round.

The bottom four teams must play in a relegation group in which all teams play each other once before being integrated into the 9th - 16th classification round. 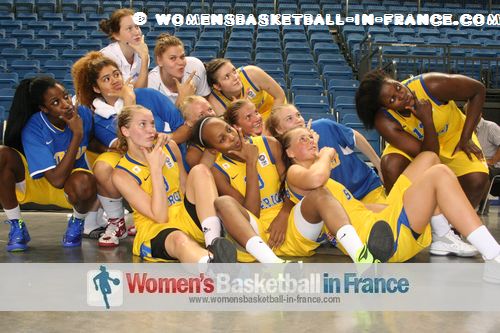 The second round, also known as the Qualifying Round, is the creation of two groups of six teams.

The losers from the quarter-final play off in the 5th to 8th place competition. The winners of the semi-final contest the final while the losers play in the third-place match.


The Division B tournament is a round-robin league format with all the teams playing each other once. The top three teams at the end of the competition are promoted.

The right menu will be updated frequently with wbbif articles from the two tournaments.

13 July 2013: Italy and Spain in final - Hungary and Lithuania relegated

12 July 2013: Belarus, Serbia, Spain and Turkey are the big winners on quarter-final day

08 July 2013: France and Turkey first teams to qualify for quarter-final

08 July 2013: Why 4 teams are involved in exhibition basketball

12 July 2013: Latvia join the promotion race at the expense of Portugal

07 July 2013: Belgium on top while Great Britain, Latvia and Romania on the bottom