In May 2009 Limoges had been hosting the LF2 final four as regular season champions and Illkirch-Graffenstaden, then the new kids on the block also qualified for the end or season competition.

Limoges went on to play in the LFB in 2009-2010 but were relegated after one season while Illkirch-Graffenstaden (SIG) remained in LF2.

With Lucie Battaglia and Aline Fischbach not playing in the final home game of the season, the only active player from both teams who had played in the fixture between both clubs in 2009 has been Céline Schmitt.

Despite the difficulties Limoges have had this season this match had all the ingredients for an excellent encounter due to the fact that only four players were over the age of 23. 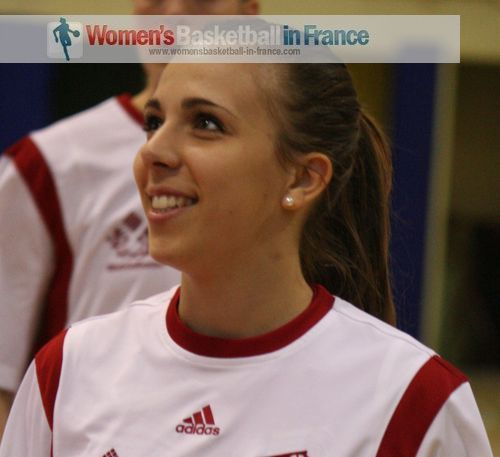 The SIG got off to a flying start with 19-year old Célia Mauler (in picture) scoring the first points with just five seconds played. Mauler was on fire during the first ten minutes hitting all her shots. However all was not perfect as she went 3-of-6 from the free-throw line.

All the same her 13 first-quarter points were more than Limoges' total of 10. The SIG were just excellent in all sectors of the game with 10 baskets coming from 7 assists. 19-year old Awa Sissoko (11 points) and the workhouse Kathleen Bourdin (10 points and 7 assists) also hit big shots from down-town as the SIG dominated the first quarter (29-10).

During the second quarter Bettina Kadila and 17-year old Louise Dambach picked up the scoring for the hosts.

Limoges were able to keep themselves in the game with Iva Grbas who scored all her team's points from open play with 8 points while the remaining ones came from the charity stripes.

All the same 7 uncontested points by the SIG in the last 45 seconds of the second quarter enabled the hosts to go into the locker room leading (46-21). The damage could have been worse if they had done better than 8-of-17 from the free-throw line. 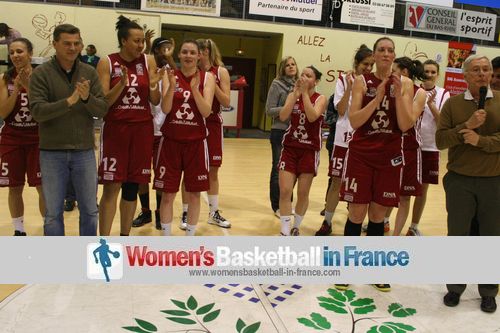 The SIG continued to control the game during the third quarter. But finally Princesse Goubo and Martine Barba woke up for Limoges. Goubo who had just 2 points in the first half of the game finished with 12 points.

In the case of Barba she had not taken a shot in the first 20 minutes and had only grabbed 2 rebounds but then finished the game with 6 points and 12 rebounds. With Grbas (13 points) disappearing in the second half with just 2 points, Limoges were saved from destruction by the two 19-year old players Eva Marsac (10 points) and Hatty Bende-Nawehzi (12 points) who stepped up on both ends of the court.

The SIG still had a comfortabe lead of 26 points going into the final quarter. When things got a little scrappy due to youthful exuberance Celine Schmitt (12 points and 13 rebounds) restored order as the SIG cruised to another LF2 victory (79-61).

Mauler finished with a game high 26 points while Layla Sidibe from Limoges also finished in double digits with 12 points.

You may view some clips of the game and a picture gallery below: 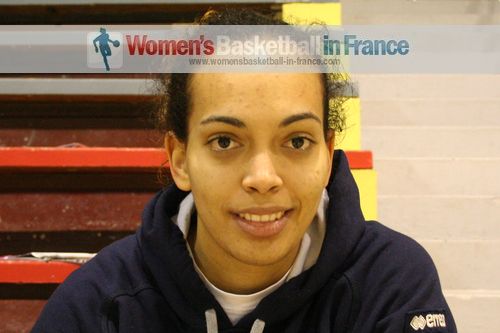 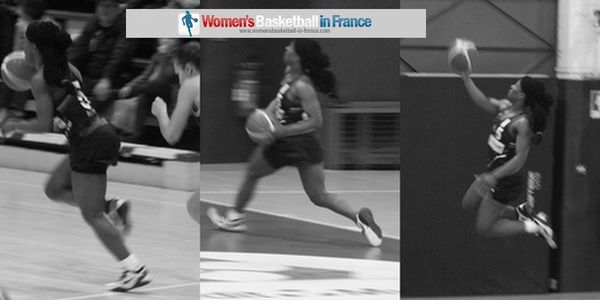