The LF2 player of the week is Oumou Kalsoum Touré from Léon Trégor: she scored 37 points, picked up 16 rebounds in her team's road victory against Dunkerque Malo (95-73).

Léon Trégor won the match without their captain Aude Kernévez who last missed a match during the 2009-2010 season.

The first quarter was a classic LF2 shoot-out with Léon Tregor winning (29-26). Léon Tregor started to pull away in the second quarter (51-38) and killed the game as a contest by the end of the third quarter (75-50).

Dunkerque were dominated in all sectors of the game. They had neither an answer for Touré nor for Marie Butard (22 points) and Adrianna Gresnerova (16 points).

In their last match for 2012, Dunkerque had three players in double digits. Dace Pierre Joseph, Aurélie Durand and Mélissa Micaletto scored 19, 15 and 12 points respectively in defeat.

The rest of the LF2 news from round 12 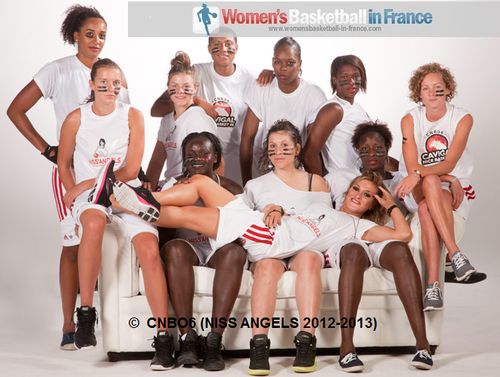 Cavigal Nice won the game of the week against Angers (70-52). Although Cavigal Nice never trailed, the match was much closer than the final scoreline reflected. Nice made 6 three-pointers more than Angers. And it was those 18 points that ended up being the margin of victory.

Cavigal Nice have the best inside-outside alternative in LF2 and they needed to be at their best because Angers is the most collective team in the division.

However there was not much Angers could do to stop Cavigal Nice, whose 27 baskets came off 22 assists. Also the Niss Angels shared the scoring between Jeanne Senghor-Sy (13 points), Alexandra Tchangoue (12 points), Fabienne Constant (11 points) and 10 points apiece for
Marie-Eve Page and Elodie Decker. For Angers Sophie Le Marrec and Julie Barennes scored 12 and 10 points respectively. 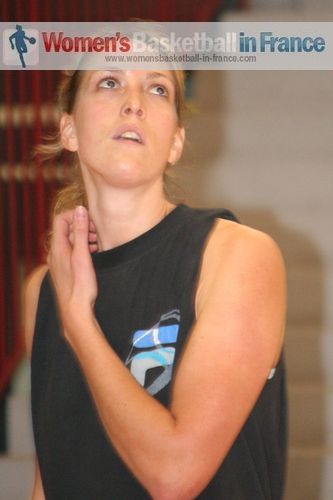 Illkirch-Graffenstaden (SIG) picked up two valuable points on the road with a victory against Limoges (73-69). The match was intense from the first second until the final buzzer. Céline Schmitt-Sendner (in picture) was the match winner for Illkirch-Graffenstaden with her double-double of 24 points and 13 rebounds.

Iva Grbas (16 points) was restricted to just 2 points during the second half of the match as the guests stepped up defensively.

Lucie Barba who played the full 40 minutes finished with 21 points and 18 rebounds in defeat. For the SIG Amélie Yoynet and Louise Dambach added 15 and 12 points apiece.

Roche Vendée are picking up the pieces with their second straight victory. They beat Pau Lacq-Orthez (62-53). Sabrina Bouzenna was back in the line-up after missing the last couple of games with ankle sprain and scored 10 points while Johanna Tayeau showed no signs of her recent injury with a solid performance for a game-high 21 points.

COB Calais were expected to win against thE CFBB, which they did (68-32). However it was the return of Fleur Devilliers in the colours of the CFBB against Calais that was the attraction. She led her team in scoring with 11 points.

The other news of this week is the concern about the future of US Laveyron.

The club has financial problems and their leading scorer Shenita Landry who has stopped playing for the club last month has signed a contract with Finnish club Peli-Karhut (PeKa).