Can Bourges Basket get over the EuroLeague Women hurdle?


Bourges Basket's first participation in EuroLeague Women (ECW) was in the 1995-96 season. They finished in 4th place but did better the following season by winning the competition.

2012-2013 marks Bourges Basket's 18th consecutive participation in the ECW competition. This is also the record number of participations of any team since FIBA Europe took over the organisation of the competition in 1992.

womensbasketball-in-france.com decided to conduct a mini survey comprising of 300 supporters of Bourges Basket to find out what they thought about Bourges' possibility of success domestically and internationally this season. 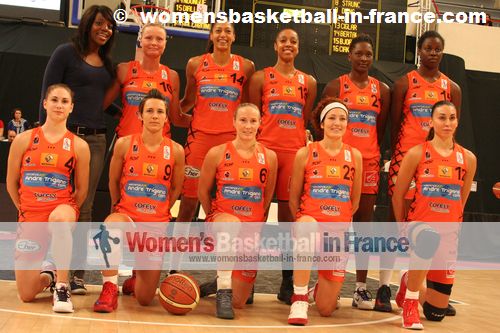 95% of them responded that Bourges Basket would be LFB regular season champions and 99% expected to be champions of France again.

However only 65% were confident that their club would qualify for the second phase and 15% expected an appearance at the Final 8.

The findings however do not come as a surprise. When anybody from Bourges Basket is asked about the EuroLeague Women competition they tend not to answer the question. When they do respond it is the usual "we will take it game by game".

The main reason given by the respondents about the ELW is that their opponents are able to sign WNBA stars. However if you look at a lot of the rosters this is no longer the case as it was in previous years. 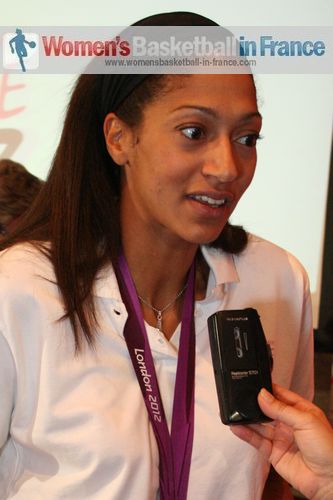 However we have to go back to the 17 February 2009 when Bourges Basket were beaten at home by MKB Euroleasing Sopron in the quarter-final. Three days later despite 33 points by Emméline Ndongue (in picture) they lost again and were eliminated.

This result deprived Bourges Basket from a third consecutive Final 4 appearance and they have not recovered since.

In the last three editions (2010, 2011 and 2012) they scrambled through the regular season only to be eliminated by Spanish clubs in the key play-off series.

Pierre Fosset who has been the President of the club since 1993 has a track record of building teams (staff and players) for exploits. This year it is time for Bourges Basket to climb the final hurdle and qualify for the EuroLeague Women Final 8.

So it should be interesting to see what Fosset comes up with this season to help his players concentrate and take Bourges Basket all the way to the top.