Arras have no EuroLeague Women (ELW) experience and have not had the best start in the French league with just one victory from the first five games of the season.

On paper they are the weakest team from ELW group B but one should not write them off.

Arras had to find an extra 300,000 Euro to fund their participation.

Having been refused by the French Federation for EuroLeague Women 2011, the club made it almost impossible this time to be rejected. They won the French Cup (Coupe de France) and found the necessary 300,000 Euro on top to make up the budget.

Thibaut Petit who is in his second season retained just one player from last season, Krissy Badé. Pauline Akonga-Nsimbo who might have stayed is on maternity leave.

Olesia Malashenko (currently injured) and Johanne Gomis-Halilovic both returned to the club after spending just one season away but are playing under Thibaut for the first time. 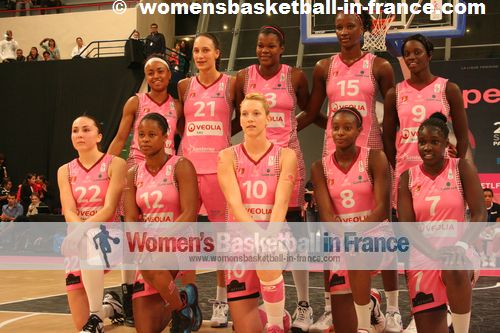 There is no need to compare the roster of Arras with any team in the group because it is by far the weakest team roster on paper.

Krissy Badé and Sandra Dijon-Gérardin are the most experienced players on the team but are not going to be able to carry their side offensively all through this competition. 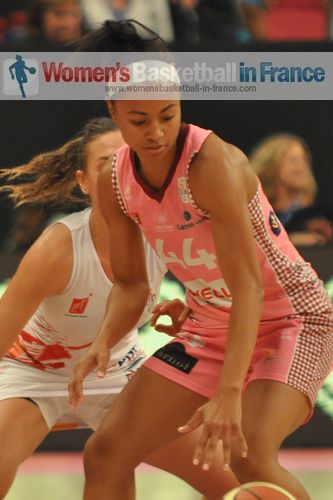 Arras' strength lies in defense and despite having a tough time domestically they have the player that can frustrate offensive minded teams.

In low scoring games Arras should be a threat to all the teams in their group and even more so in tight games going to the wire, especially if Gomis-Halilovic or Radoslava Bachvarova get their offensive game going.

Mamignan Touré (18) is less experienced than her team-mates but she is also deadly beyond arc.

Astou Dabo should attract a lot of attention because of her height which should allow the hard working Aurélie Carmona to escape under the radar and cause some damage.

However the key to a victory for Arras lies in the hands of Dawn Evans (in picture) who is the x-factor that could make the difference.

It is unlikely that Arras get past the group phase but a few wins are not beyond them.