After 126 games of EuroLeague Women this season, the 14 teams to participate in the play-off round are known. USO Mondeville lost out in a three-way tie against Perfumerías Avenida and ZVVZ USK Prague from Group C. Municipal Targoviste picked up the last place from Group B.

For the last day of first round action in the 2013 EuroLeague Women competition many clubs were battling to maintain a top seed for home court advantage for the best-of-three play-off series.

In Group A, Bourges Basket cruised past BK IMOS Brno (85-60) with Greek international Styliani Kaltsidou leading the way with 17 points.

Danielle Robinson made sure that Tarsus ended their first ELW campaign on a high with the game winning shot against Wisla Can-Pack (72-70).

Sparta&K M. R. Vidnoje had a tough but entertaining encounter with Rivas Ecópolis (72-61). Marina Kuzina was the catalyst for the victory with 19 points from 8-of-10 shooting from the floor. 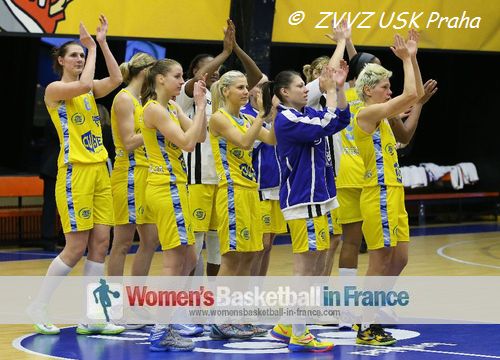 EuroLeague Women Group C has been the most dramatic of the regular season groups and the suspense went right down to the wire.

Mondeville's chance of qualifying for the next phase rested on Novi Zagreb beating Perfumerías Avenida. Alas this did not happen with Avenida winning (86-68) and taking the final spot from this group.

USO Mondeville's elimination was due to the worst point average in their three-way tie with ZVVZ USK and Perfumerías Avenida.

UMMC Ekaterinburg did just enough to beat Galatasaray MP (61-45) and with this win protected their number one ranking. 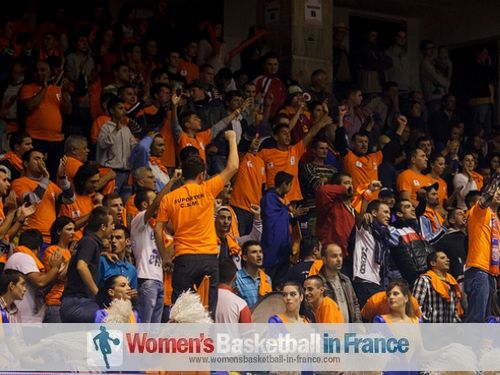 For the players from UE Sopron who completed their games last week, the only match that mattered was the EuroLeague Women Group B match-up between Municipal Targoviste and Good Angels Kosice.

Municipal Targoviste required a victory to eliminate Sopron. In another interesting encounter - on FIBA-TV - Targoviste came out on top against Good Angels Kosice (72-64).

In the rest of this group action Arras had a long trip to Russia to play Orenburg Nadezhda. The French side came away with nothing as they were beaten (71-89). In Istanbul Fenerbahçe SK rolled over Famila Schio (82-68) to bring the first round to an end.

The play-off series is played under the rules of the "best of three", with the first team to win two games qualifying for the Final 8.

FIBA Europe have assigned 19, 22 and 27 February as the dates for the games. It is possible due to television rights that games might be played on other dates.

The pairings for the play-off games are as follows: