FIBA Europe had to modify their EuroLeague ranking system a little because of Group A having only six teams. In Group B and C, the results of the team finishing bottom in these two groups were not taken into account when making the final calculations.

The only team not to suffer a loss during the regular season is Fenerbahçe and hence the number one seeds. The current defending champions and Final 8 hosts are seeded 2.

UMMC have qualified for the final as hosts and will not participate in the play-off round (second round).

Tango Bourges Basket - despite a disastrous start to their ELW season - finished 6th in the ranking which gives them home court advantage if a third match is required in the best-of-3-match play-off series.

Lattes-Montpellier, already eliminated, ended their season with a heavy defeat in Poland.

The final ranking for the qualified teams are as follows:

The pairings for the best-of-three EuroLeague Women play-off series:

The better ranked teams have home court advantage, in other words they will play the first game and the third game (if necessary) at home.

The end of the 2014 EuroLeague Women regular season

In EuroLeague Women Group A, Tango Bourges Basket completed the double over Good Angels Kosice with a comfortable victory (69-57).

The good news for Bourges was the return of Cathy Joens and Diandra Tchatchouang from injury. The two teams will play off against each other for a place in the final 8. 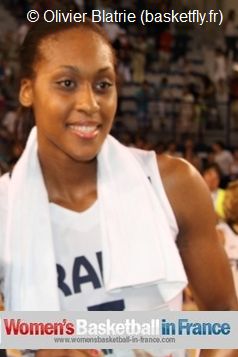 The top scorers for each side Marianna Tolo and Tijana Krivacevic led their teams with 17 points and 5 rebounds each.

UMMC were not troubled in beating Beretta Famila Schio (74-61). Candace Parker and Diana Taurasi both knocked down 19 points while in the private match-up between the French internationals Sandrine Gruda (15 points, 6 rebounds) won her duel against Elodie Godin (2 points, 11 rebounds).

In EuroLeague Women Group B, the game between UE Sopron and Rivas Ecópolis had a lot at stake, with the winner avoiding a match against ZVVZ USK Prague. The two teams took the challenge seriously and the match went to overtime. Yet again Zsofia Fegyverneky (17 points) provided the match winning shot for UE Sopron with a shot from the land of many (81-79).

Wisla Can-Pack put together a 12-0 run during the final quarter to blow away Lattes-Montpellier (72-48). However the margin of victory was not enough for them to avoid Nadezhda Orenburg in the next round. They needed to win by 26 points or more to achieve this. But Mélanie Riondet from Montpellier spoiled the party with a shot practically at buzzer.

Isabelle Yacoubou-Dehoui had a day off while her team Fenerbahçe completed their sweep of all the teams in their group with a meaningless game against BK IMOS Brno (78-57). 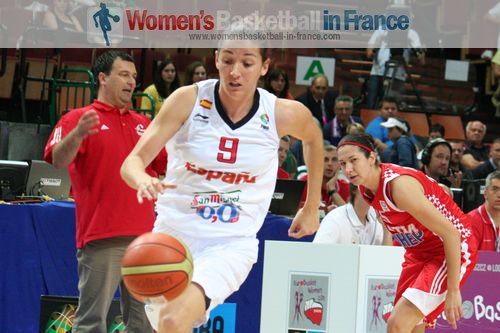 ZVVZ USK Prague avenged their defeat from early in the EuroLeague Women season against Group C rivals Perfumerías Avenida (76-58) on the back of another solid performance by Jelena Dubljevic (24 points). ELW assists leader Laia Palau added 8 more assists to take her season total to 92.

In the remaining games Sparta&K MR Vidnoje ended their match with  a 20-2 run to beat Novi Zagreb (71-46) while Galatasaray Odeabank swept Kibirkstis-Vici Vilnius (81-60).

Related to the article

14 February 2014: One more chance for Montpellier

2 February 2014: Another defeat for Lattes-Montpellier

18 January 2014: Avenge in the air except for Bourges Basket

12 December 2013: Loss in Sopron for Montpellier