Nantes-Rezé's EuroCup Women quarter-final victory against MBK Ruzomberok (56-51) was the only road victory in the first leg matches.

All the hosts in the other matches made home court advantage count to the maximum with double-digit wins.

Just like in the the 2012 EuroCup Women final, Kayseri Kaskispor beat the holder Dynamo Kursk in the first game (101-86).

For the defending champions Michelle Snow was the leading player with 19 points. 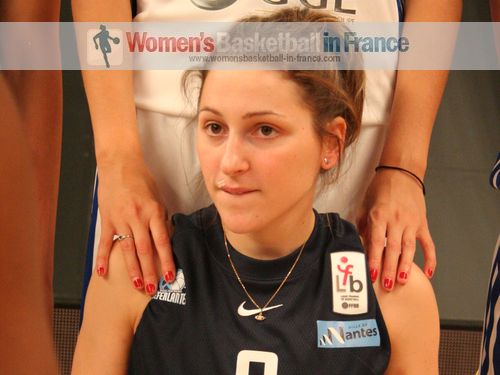 Nantes-Rezé were made to work hard to overcome MBK Ruzomberok  (56-51) for a precious 5-point lead going into the second game.

Yuliya Andreyeva found her range from behind the three-point line (4-of-8) to lead the scoring with 16 points. Isis Arrondo (right) was equally impressive from the land of many with 4-from-6 in her 14 points. Gunta Basko-Melnbarde controlled the defensive boards to pick up 10 rebounds in her total of 12.

Nadia Parker and Katarina Tetemondova scored 13 and 10 points for the hosts.

French teams' record playing in Russia has become worse with Hainaut Basket and Lattes Montpellier falling to BC Chevakata and Dynamo Moscow respectively. 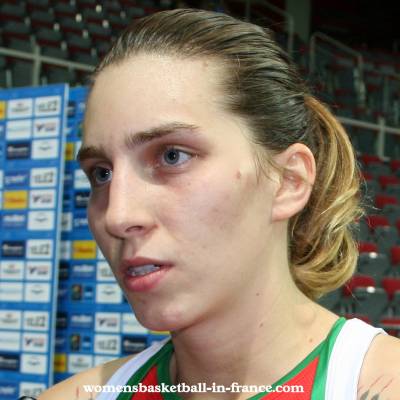 Hainaut Basket were without Marie-Frédérique Ayissi and Amanda Jackson. So Magali Lopez was called up to play for 16 minutes during the game. (Lopez had retired from top level basketball in 2009.)

BC Chevakata pulled away during the second half of the match to win by a comfortable margin (79-51) with 19 points coming from Katsiaryna Snytsina (in picture). Glory Johnson added 17 points while pulling in 15 rebounds.

For Hainaut Basket Petra Stampalija led the way with 21 points.

Dynamo Moscow took full advantage of a poor shooting day by Lattes Montpellier to win (73-51). Kristi Toliver and Crystal Langhorne scored 18 and 16 points apiece for the Russians while Nadezhda Grishaeva chipped in 11 points in 15 minutes.

Gaëlle Skrela and Fatimatou Sacko both scored 10 points for Montpellier while Géraldine Robert had 8 points and 8 rebounds.