The 2012 La Gazzetta dello Sport European player of the year award has gone to Céline Dumerc from France. She is the fourth French player to have won this award after Isabelle Fijakowski (1997), Cathy Melain (2000) and Sandrine Gruda (2009). 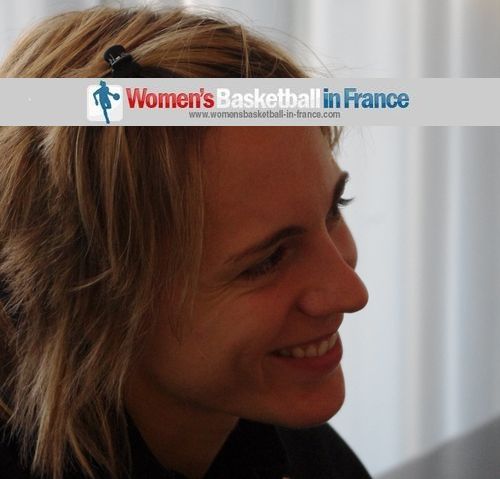 A total of 166 people from 32 countries were part of the La Gazzetta dello Sport jury. In the end Céline Dumerc came out on top with 88 votes in what can described as a landslide victory as Eva Vítečková (Vitecova) who was in second place had only 42 votes.

Dumerc's return to France and Bourges Basket after two years in Russia resulted in her being awarded a contract until the end of her playing career. She also finished the season with another French championship title.

The road to the Olympic Games started with the Olympic Qualifying Tournament in June for Dumerc. France had won their three games to qualify for the London games with Dumerc dishing out 16 assists while scoring a modest total of 14 points.

However during the 2012 Olympic Games in London, Dumerc exploded offensively scoring a total of 114 points (14.2 per game) in eight games while also dishing out 27 assists (3.4 per game). But it was her shooting from beyond the arc, that is the three-point line, that has made her a household name as France went on to win the silver medal.

The last three winners of this La Gazzetta award had been in 2011 Alba Torrens, in 2010 Hana Horákova and in 2009 Sandrine Gruda who also went on to pick up the FIBA Europe European player of the year award.

As Dumerc is nominated with nine other players for the 2012 FIBA Europe's player of year award, wbbif is impatient to find out if she can garner also this trophy.