2013 FIBA U19
World Championship for Women 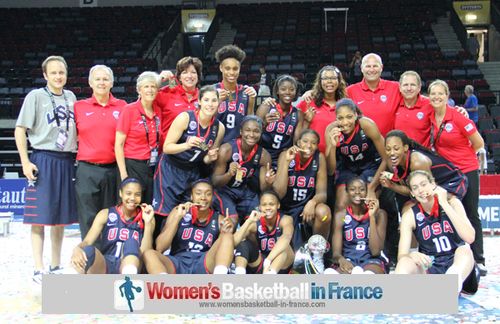 The 2013 FIBA U19 World Championship for Women is open to all players born on and after 1st January 1994 and is hosted by the Lithuanian Basketball Federation.

France are participating in this competition for the fifth time and the 12 players selected played for clubs either in the LFB (Ligue Féminine de Basketball) or LF2 (Ligue Féminine 2) during the 2012-2013 season. 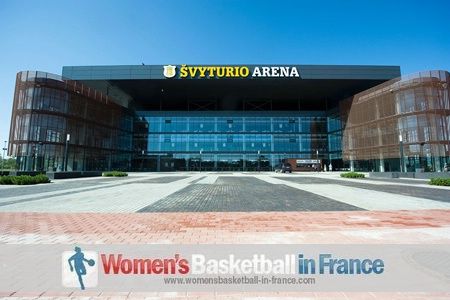 The 2013 World Championship competition format has not changed from the previous edition. The tournament starts with the Preliminary Round  in which the 16 teams are divided into four groups of four teams. The first three teams from each group qualify for the Eighth Final Round while the bottom teams participate in the 13th - 16th place classification.

The eight teams that qualify from the Eighth Final Round qualify for the quarter-finals (knock-out stage). All teams that are eliminated from the championship race continue to play in the classification round.

The competition runs from 18 July until 28 July 2013 while womensbasketball-in-france covers this tournament from 22 July 2013.

All the classification games, quarter-finals, semi-finals and finals are also played in Klaipeda.

The 16 teams were drawn into the following groups:

28 July 2013: The USA are the champions, France take silver while Australia win bronze

23 July 2013: Australia the fifth team to book a quarter-final place

21 July 2013: What happened during the preliminary round