The first phase of the 2013 FIBA U19 World Championship for Women ended with no real surprises with Group C as the most balanced group of the four in the first round. The African nations are still far behind the rest while Argentina lost out in the group of death.

In 2011 Nigeria did not turn up for the World Championship because of visa problems. This time around it was the turn of Senegal to have visa issues. However it was resolved and the team arrived a day late, therefore missing their first game.

France sailed through the first phase as expected while the USA crushed everybody on their route. Astour Ndour continued from where she left off in the 2013 U2O European Championships with a couple of double-double performances.

Stephanie Talbot from Australia recorded a triple-double against Japan on day 2 with 16 points, 12 rebounds and 12 assists.

The top three teams from each group qualify for the Eighth Final Round.

Group A - Brazil lead the way

Womensbasketball-in-france.com had seen Brazil in France during their preparation and during the first phase they had a difficult opening game against Russia (66-63). Otherwise Vanessa Goncalves, Isabela Ramona and  Maria de Oliveira are having a perfect tournament.

At the bottom Korea gave Russia a scare before falling (78-89) in their final game leaving them in the 13th - 16th place classification game.

Group B - Spain or Australia? 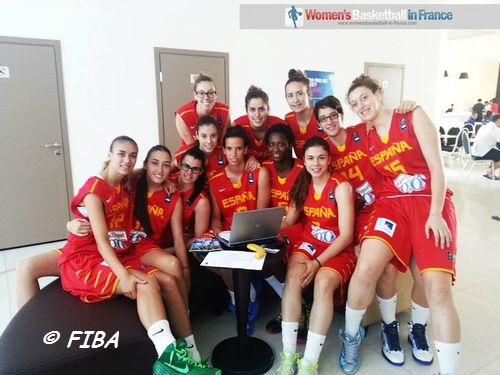 Spain restricted Australia to 21 points during the last 20 minutes to run out winners (81-63) in the match for first place in the group. Astou Ndour compiled her second double-double of the tournament with 24 points and 11 rebounds while Belen Arrojo also finished with a double-double of 22 points and 10 rebounds in the victory.

Casey Wilson scored 16 points for Australia who lost their first game against European opposition this year. Japan booked their place in the next round by beating Argentina (76-68).

Group C - So far so good for France

Senegal arrived late and forfeited their game against Canada (0-20). So they opened against France and were crushed (23-77) and finally eliminated by the Netherlands (51-84).

France did not give the Netherlands a chance in their first game (81-58) with five players in double digits. However Canada proved to be more challenging as France had to overturn a 21-point deficit to pull out the victory (65-60).

The day before, Canada had just held off the Netherlands (69-67).

Group D - USA are ready for the World Championship 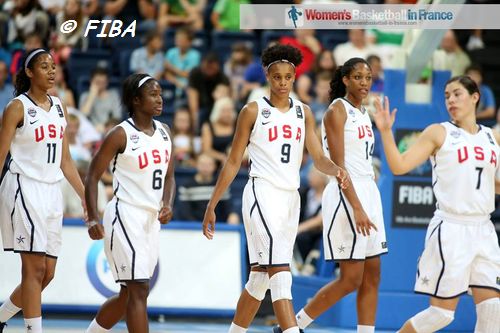 The USA were so much better than their opponents that their only objective was to score at least 100 points per game which they achieved.  They beat the hosts Lithuania (113-47) and then walloped China (103-56) before walking over Mali (103-26).

Mali were the weakest link by far in this group. They lost to Lithuania and China by 34 and 53 points respectively.