On the first day of the Eighth Final Round action at the 2013 FIBA U19 World Championship for Women four teams punched their tickets for the quarter-finals.

By remaining unbeaten Brazil, France, Spain and the USA have already assured themselves a top 8 finish in the competition with their qualification for the knock-out stage.

The Australian Gems and China have one foot in the quarter-finals after coming out winners in their group games. 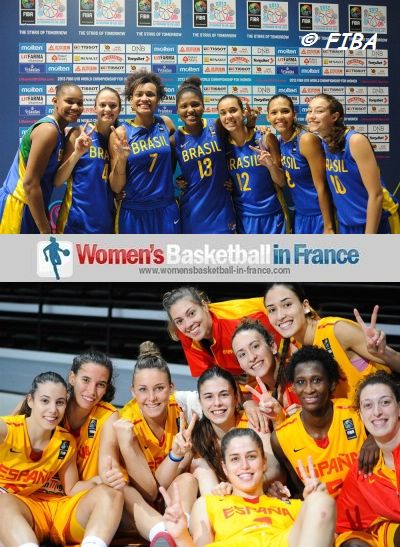 Brazil left it late with Isabela Ramona and Vanessa Goncalves scoring in the last seconds for them to beat Japan (70-66). Ramona and Goncalves both scored 23 points. Japan were led by Miyuki Kawamura who finished with 20 points and 16 rebounds.

An interesting fact from this group is that Carlos Colinas, the coach from Spain, was the head coach of the senior women team of Brazil during the 2010 FIBA World Championship for Women.

With Spain having a comfortable victory against Serbia (73-55), it is highly likely that the match on day 6 between Brazil and Spain will be for the group win.

In the other game from this group Australia were back to their ruthless best in beating Russia (96-72). Carley Mijovic led Australia with 19 points and 10 rebounds while Alex Wilson, Casy Samuels (6 assists), Vanessa Panousis, Stephanie Talbot scored 18, 15, 13 and 12 points respectively. Albina Razheva poured in 19 points for Russia.

Group F - The USA rolling while France are puffing 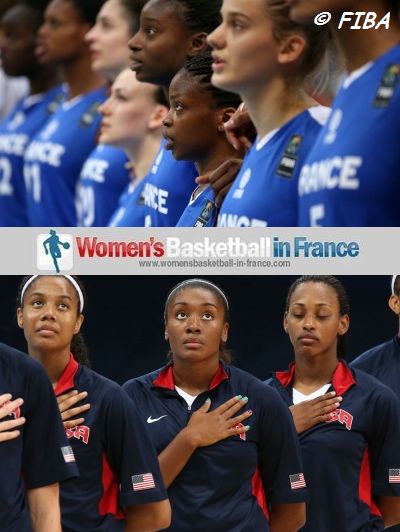 The USA continued their 100 + points per game with a 60-point victory against the Netherlands (102-42). The top scorer for the USA was Aja Wilson with 20 points, while Kourtney Treffers and Britt Zappeij scored 11 apiece for the Netherlands.

France beat hosts Lithuania (65-53). The match was nicely balanced for the first 12 minutes (14-14). France gained the upper hand with a 12-0 run that enabled them to move 12 points clear by the interval (34-22). For France Clarince Djaldi-Tabdi was the leading scorer with 16 points.

Meng Li from China was on good form with 22 points as her team beat Canada (79-64) in the other game from this group.

The four teams eliminated from the preliminary round of the World Championship must face each other in a round-robin league format in which they play each other once.

Unfortunately these matches have little value and are played very early in the day.

In the all African affair between Mali and Senegal, which was won by Mali (47-29) the teams shared 54 turnovers. The shooting percentage was also very low. Aminata Traore from Mali scored 13 points and picked up 19 rebounds.

Korea put up a much better performance in their victory against Argentina (87-60). Ji Su Park (15 rebounds) and Minjeong Kim with 16 points were just two of five players in double digits for Korea. For Argentina Victoria Llorente top scored with 21 points. She also picked up 11 rebounds.