For the first time this season the wbbif LFB player of the month award is not going to a player from Lattes Montpellier despite the fact that Géraldine Robert and Gaëlle Skrela were once again well supported.

However all these players could not beat the hard working Bintou Diémé from Villeneuve d'Ascq who scored 47 points, pulled down 24 rebounds while dishing out 18 assists. In addition Diémé covered a lot of kilometres running up and down the court as she covered for her team-mates returning from injury. 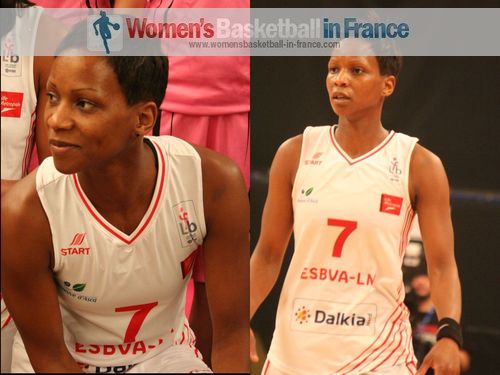 Bintou Diémé has been the battery that has kept Villeneuve d'Ascq going this season. Villeneuve have been hit with many injuries and were only back to full strength for their last LFB match of 2012.

Diémé's career almost ended in 2010 after an achilles injury that kept her off the basketball court for a complete season.

The road back to the Ligue Féminine de Basketball took a detour with a season in LF2 (2011-2012) with L'Amicale Laïque Aplemont Le Havre.