All roads lead to the "Stade de Pierre de Coubertin" in Paris for the Open LFB - Open addict (Basket and the City 4) during the weekend of the 27/28 September 2008. 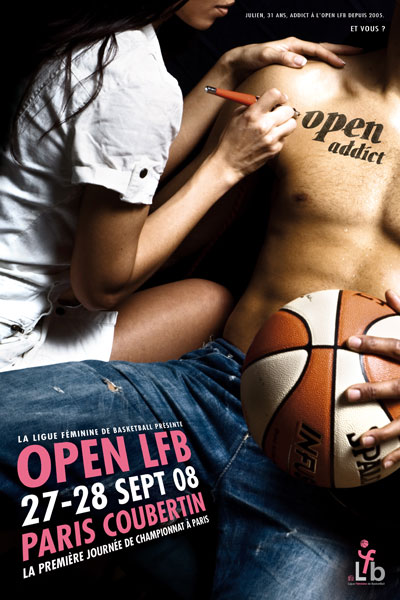 This is the only chance to see all the women playing basketball in the LFB at one location for the season.

Basket and the City 4 is the official opening of the 2008-2009 Ligue Féminine de Basket (LFB) season for women playing professional basketball in France.

You can read about the history of the event from our introduction to the event in 2007.

There will be three news teams at this year’s event, Basket Landes and Nantes-Rezé, recently promoted from NF1. The third club will be the newly created Union Hainaut Basket Club.

Union Hainaut Basket Club is actually a fusion of two former clubs, USVO and Saint Amand-les-Eaux. The two clubs were only 16 kilometres (10 miles) apart and located within the same administrative department. Hence it was decided that the area will be better served with one professional basketball club.

The international flavour of the league will see five Australians making their début in the LFB at the Paris event. According to the current team roster announcements there will also be six Americans and two players from Canada joining the League.

There will also be also women players coming from Belgium, Brazil, Bulgaria, Greece, Hungary, Mali, Russia, Serbia, Spain, Sweden and Ukraine to play in the Ligue Féminine de Basket for the first time.

The format of the event has not changed with four games on Saturday and three games on Sunday.

Tickets will be available on the day and are priced at 15 Euro for the whole weekend and 10 Euro for a day pass.