France have qualified for the 2013 FIBA U19 World Championship after beating Croatia (51-43) in the first quarter-final of the U18 European Championship in Bucharest.

The match winner for France was Olivia Epoupa who worked her heart to the maximum to make sure that her team won. She also managed to fill the statistics sheet with 10 points, 13 rebounds, 3 assists, 2 steals and 1 block.


Match report: Epoupa and Turcinovic win the game for France 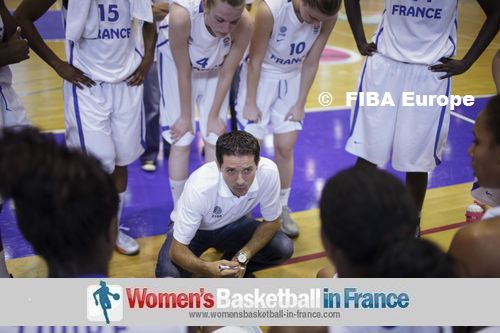 Croatia started the game well by beating France down the floor in transition. In addition their twin towers of Ivana Tikvic and Ana-Marija Begic dominated the French forwards during the fist few minutes to lead (9-5).

The French coaching staff had to make some quick changes and replaced Marième Badiane and Aby Gaye by Valeriane Ayayi and Awa Sissoko.

Although Croatia used a player to player marking system France improved defensively and managed to stop the attacks. However Croatia were able to edge the first quarter (14-11).

The battle between the two points guards, Olivia Epoupa for France and Lana Packovski was also turning into an interesting exchange with neither of the guards winning. 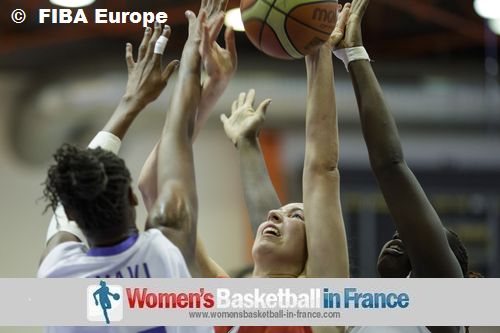 It appeared that Croatia wanted to play the whole game with just five players as they did not make a single change until Tikvic was in foul problems with 15 minutes into the game.

At the same time Epoupa who was the smallest player on the court started to beat the giants to the rebounds from both sides as she started to make her mark in the game.

With Tikvic back on the court, Croatia were able to move freely and to maintain their advantage (19-15). But once she was on the bench, her team managed just 2 points. France were not excellent themselves and went through a festival of missing from beyond the arc (13 consecutive shots by the end of the quarter).

Croatia went into the interval ahead (21-19) but the pendulum was changing directions. 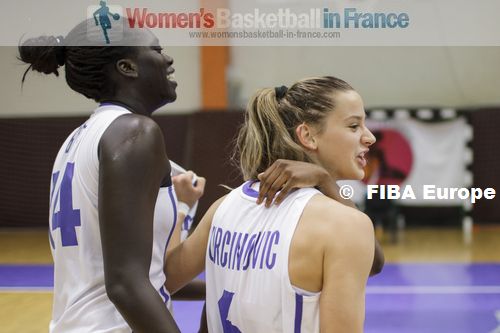 France finally opened the game up in their favour by adopting a 2-3 zone formation. In addition Lidija Turcinovic (in picture) woke up from a poor first half with some big shots.

Tikvic on the other side was still causing problems to the French forwards. But her finishing was poor and France were able to edge in front by the end of the quarter (36-35).

The final quarter was just a youth basketball battle with Epoupa in her element. Her pass to Turcinovic who then banked a three-pointer with six minutes to play was the beginning of the end for Croatia (44-39).

A second trey by Turcinovic 60 seconds later proved to be the knock-out blow. Croatia were unable to get anything going for the last four minutes leaving the way for France to celebrate another victory (51-43) and the qualification for the U19 World Championship.

Turcinovic finished with 13 points for France while Marième Badiane had 9 points and 13 rebounds. For Croatia Ana-Marija Begic had 20 points and 10 rebounds.