Spain U16 played with maturity 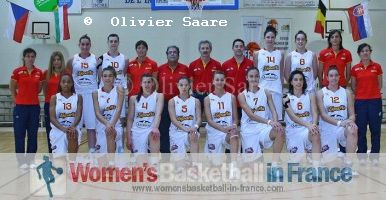 Spain scored a total of 236 points during the three games that is 78 points per game while conceding 147 points.

However on each day they showed something new to their game. In the final game against France they demonstrated patience and maturity.

The final match started slowly and Spain had had to wait for more than two minutes to get on the scoreboard.

After the quick starts from both teams on previous day, the first five minutes were rather dull with just 8 points scored and Spain leading (6-2).

France had one option in attack, Aby Gaye who scored 9 points during the ten minutes as France profited from some poor free-throwing from Spain in taking the first quarter (18-13).

The second quarter was all about defense in which Spain treated France to a master class. France managed just 2 points during the first six minutes while Spain scored 10 points to take the lead (23-20) for good. 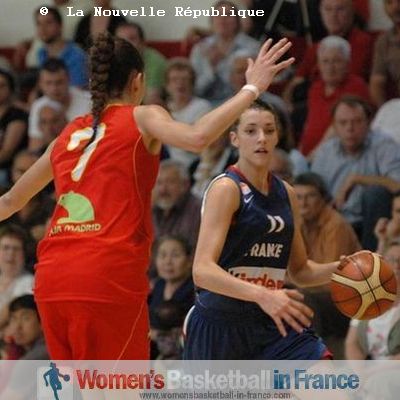 The battle in the paint was tough by both teams with neither side really able to add many points to their total.

The game was decided during the first two minutes of the third quarter. Spain went on the offensive with fast breaks and full court press while scoring 8 unanswered points (35-23).

France did fight back but lost too many points at the free-throw line which allowed Spain to hold a 9-point lead going into the final quarter (49-40).

The last quarter turned into a youth basketball shoot-out. France reduced the deficit to 5 points at one stage but Spain pushed it up to 11 points when money-time arrived.

Spain controlled the remaining minutes to end up beating France (69-60) and take the trophy they last won in 2008.

Belén Arrojo Jiménez (left) from Spain took the honours of MVP, while her team-mate Leticia Romero won a place in the a-tournament team.

The remaining three members of the all-tournament team are: Isabella Slim from the Netherlands, Bérengère Dinga Mbomi and Aby Gaye from France.

Spain took the youth basketball trophy home while France had to be content with the runners-up cup. The Netherlands finished in third place while Italy took home the wooden spoon.

All the results from the three days:

25 April 2011: Spain step on the gas in the second half against the Netherlands