The coaches from both sides would agree that this was not a good game to watch. There were too many errors and a bad day from beyond the arc with both teams combining for (0-31). 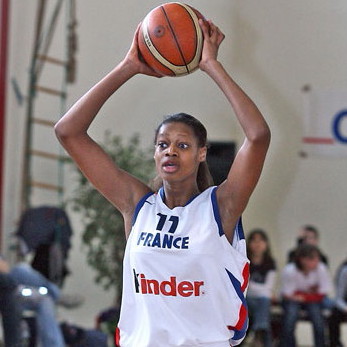 France also had a bad day from the free-throw line with just 9-from-21. However their strength in rebounding with Lidija Turcinovic and Valériane Ayayi (left) gave them the edge at the interval (29-16).

Spain's steady free-throwing (15-of-19) allowed them to reduce their deficit as the game went on. But unfortunately this was not enough to stop France from winning the game.

Ayayi was the player of the match with 17 points and 10 rebounds for France. She was the only player in double digits. Lidija Turcinovic who scored 4 points picked up 10 rebounds also.

For Spain Marles Balart (right) was everywhere. She gave the French players a lesson in free-throwing with her 7-from-9 attempts. Balart finished the game with 13 points.

Laura Aliaga was the other player in double digits.

This victory for France ties the international youth basketball series against Spain for the 1994 generation players.

Poland ending tournament on a high 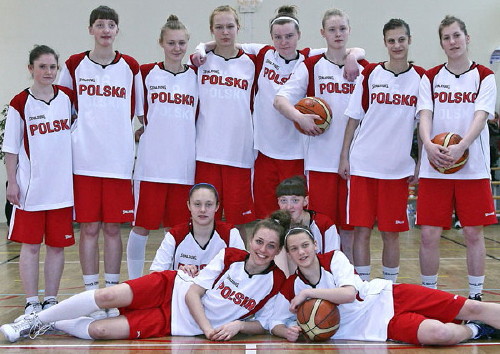 It was clear early on in this game that Poland were not going to experiment much with rotations. They started with their strongest five players and only took them out when they committed fouls.

On the other hand Belgium continued their policy of rotating players in the first 20 minutes before settling for the better performing players at the end.

Poland profited from the frequent changes in the Belgium line-up to win the first quarter (18-9) and maintain that advantage up to the break (33-24). 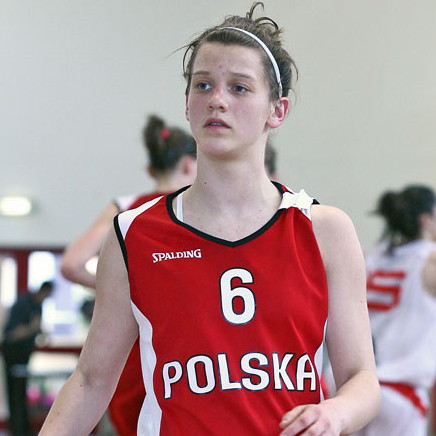 The two teams raised their game during the second half. They reduced the turnovers and finished with a flourish of baskets.

Dominika Owczarzak (right) was the leading player for Poland. She finished the game with 20 points and 4 assists. But it was her perfect free-throw shooting (7-of-7) that was to make the difference in the end.

Katarzyna Jaworska and Karolina Puss had a strong finish to the youth basketball tournament.

If Belgium had played in the first half in the way they played during the second half, they may have won this game. They committed too many unnecessary fouls allowing Poland 35 trips to the free-throw line.

Antonia Delaere (left) was the motor in this team. She finished with 13 points but dished out 7 assists and was credited with 2 assists.

On the balance of play Poland deserved the victory in this game.

Overall both teams improved as the tournament went on and their coaches should be pleased with what they saw. This tournament is only the first step in their preparation for the U16 European Championship Div A later this summer.

GO Back to the top of youth basketball news