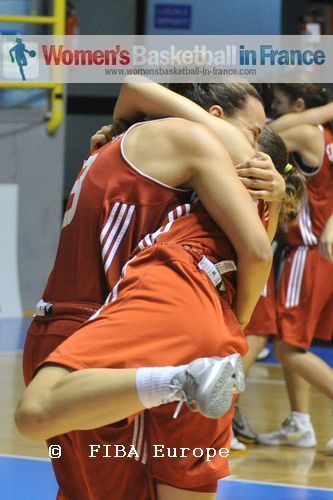 Melis Gülcan's three-pointer with just under two minutes left to play turned out to be the winning basket for Turkey.

That shot gave Turkey a 5-point lead (56-51). But Sweden are known for their money-time exploits.

In a space of 60 seconds, Sweden missed four times including a couple of three-pointer attempts. In the same time Turkey managed just one shot.

Eventually the Swedish pressure and aggressive play paid off as Gabriella Hanson found herself at the free-throw line. Although she is not the best shooter in this discipline she held her nerve to hit both.

The last 53 seconds turned into a Swedish nightmare. They kept on shooting. But the ball would not drop.

However with 15 seconds to play Hülya Coklar from Turkey had the chance to put Turkey home and dry from the free-throw line. Yet she ended up missing both of them.

Sweden had one more chance to save the game. For some reason the ball was in the hand of Regan Magarity who is not a three-point shooter. Anyway she went for the shot and missed. She chased down her own rebound and then fumbled the ball.

Turkey could not match the physical style of the Swedish team but their speed and solid defending helped them through. Both sides had a bad time at the free-throw line with just 7-from-26 between them.

Büsra Akbas led Turkey with 19 points and 4 assists. Nurcan Basaran was the only other player in double digits with 10 points.

For Sweden Magarity had a double-double of 18 points and 18 rebounds while Henson finished on 13 points.

Turkey are going to their second U17 FIBA World Championship Women final while Sweden must get past Greece in the battle for fifth place. 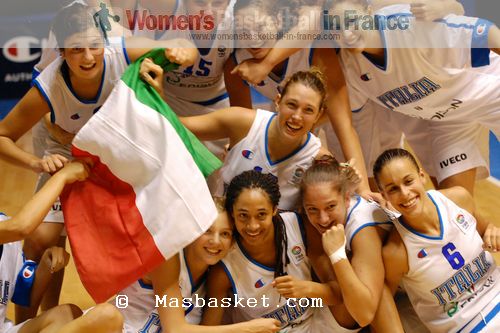 Italy made home advantage count in every way possible by getting off to a flying start scoring the first 12 points of the game.

The Russians were brought back into the game with 10 first-quarters points by Yana Degtyarskaya.

The Italians with Cecilia Zandalasini leading the way went into the second quarter in front (19-12). Despite conceding the last 9 points of the quarter they went into the interval ahead (34-27).

Both teams stepped up defensively in the second half of the match and were forced to work hard to score. Similar to most of the quarter-final games, the free throwing was poor.

Russia applied a full court press that backfired as they were not able to score. Italy profited and increased their advantage going into the final quarter (46-34).

With four minutes to play Italy appeared to be home and dry leading (54-42).

However back to back three-pointers by Ekaterina Tsukanova from Russia got the home supporters worried as the game entered the final minute (50-55).

Zandalasini with her 21th point of the game settled the Italian fans and put her side back in charge.

Russia had no option but foul to stop the clock in the remaining time.

The hosts hit 3-from-4 to win the tie and qualify for the 2012 U17 FIBA World Championship.

Zandalasini led the way with 23 points while Elisa Penna was the only other player in double digits with 10 points. Anna Djedjemel and Sofia Marangoni dished out 4 assists each.

For Russia Yana Degtyarskaya and Polina Fedorova were the only players in double digits with 17 and 12 points each.

France meet Russia next in the fifth place qualification game. 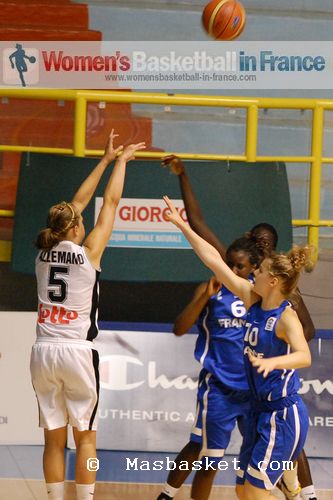