Sue Phillips is the USA Basketball head coach for the 2014 FIBA U17 World Championship for Women. She sat down and chatted with wbbif after their quarter-final victory against Canada.

Wbbif are grateful to USA Basketball for allowing us to have this interview.

She explained that teaching was her passion and that she had realised how much she was enjoying teaching in the class room when she had spent one year as the recruiting coordinator at the University of California at Berkeley in 2000.

She decided to end her NCAA coaching career and returned back to teach at high school level.

In addition to her teaching duties, she also runs the school's basketball programme and has won many accolades. Outside of her school work she recently did some work with Nike as a skills academy coach and is involved in the American youth basketball AAU.

One interesting fact about Phillips is that she did not play basketball at university. She had decided to play softball. 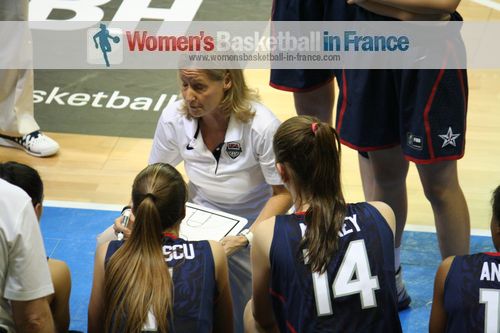 In the first four games of the 2014 FIBA U17 World Championship for Women in the Czech Republic, it is fair to say that the USA looked sleepy. But in the fifth match they excelled. Wbbif wanted to know how coach Phillips felt about this.

She laughed and agreed that it had been the case and added that "we are trying different things so that when they take the floor, they start off with a little bit more intensity and effectiveness". 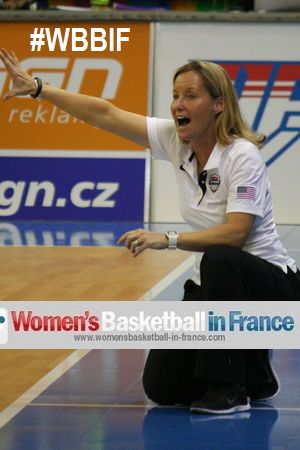 Coach Phillips went on to talk about the adjustments for everybody concerning FIBA rules for basketball as well as the differences in basketball rules between the High Schools from different states.

She said "it is very different in High school". There you can call a time-out in mid possession. There is double bonus at the fifth foul while in California there is a single bonus at 7 and double bonus at 10 fouls.

Yet what she sees as the biggest challenge at the World Championship and in FIBA competitions is that players have much more responsibility.

As a consequence she finds that she is working a lot more with her players on game situations so that they understand how to manage the game. She feels that as a coach she does not have as much impact late in the game due to less time-out opportunities. Therefore the players need to practice decision making and time management for end-of-game situations.

Examples are that she is used to working with a 30-second clock instead of the 24-second rule. In addition she also has to drill into them the eight-second back court violation rule.

All these time restrictions mean that her team have had to adjust in moving the ball up quicker while making a smoother transition for the offense. This is to make sure that they have time to execute the play within the new time frame.

Despite having this team for only 12 days prior to this World Championship, coach Phillips is content in the way the players have responded to the challenge. The team jelled well together and have embraced the systems of play, and have a good transition from defense to offense and vice versa. But there are a number of little things she believes the team can do much better.

Coach Phillips is taking the challenge very seriously. What people do not see on the live streams is her pacing up and down the coaching zone as she helps the players with the plays through all kinds of signs and looks. At least from what we have seen she does not have to raise her voice. 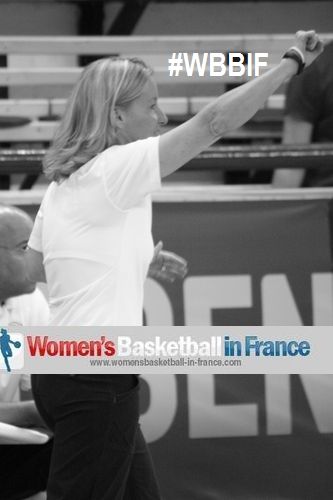 We wanted to know how she managed to combine her teaching responsibilities, USA Basketball and everything she was doing around the sport.

Phillips explained that "it is a complete honour" to have this role of head coach and that she felt privileged for the opportunity.

She has been a coach for 23 years and a member of the USA basketball selection committee for four years, so she has a good idea on how the system works and what USA basketball look for in team selections.

She is a fan of the game, of WNBA, NBA, FIBA World Championships etc. But her philosophy about the game of basketball is as follows:

"Anyway you slice it: teaching is teaching ... and if you understand the points you want to get across and the system you want to teach, the ability to teach is paramount to your success with these young women, it is really not about what you know but how you get your ideas across so that they can then translate it onto the court."

At the end of the interview, coach Phillips stated modestly:

"I pride myself on the ability to teach and relate to these young women... I think that it is the single most important thing and they know I care about their success."

To end our one-on-one session on a lighter note we were curious to find out when USA would peak at this World Championship, if they had not already.

She laughed again and said the team had not peaked and she hoped that they would before the end of the tournament. But failing to do so did not matter as long as they played their "A" game. 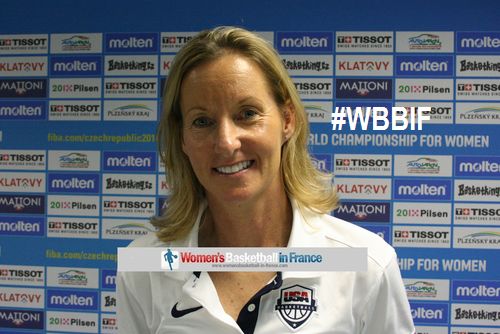 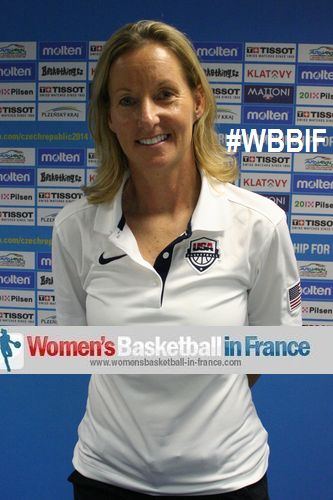 Visit the 2014 FIBA U17 World Championship for Women tournament page