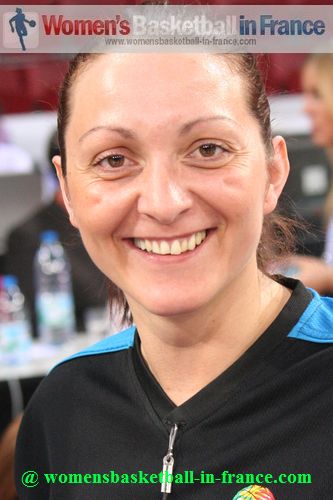 Notes on the teams that finished in the top 4

Ros Casares' coach Roberto Iniguez chopped and changed his tactics and players all the time without any player shining throughout the tournament. All the same, when required, different players stepped up, and the result was that the team went all the way to the final and won. Silvia Dominguez and Sancho Lyttle were winners in 2011 with Perfumerías Avenida. 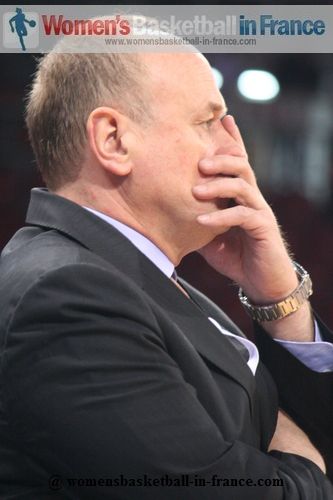 The runners-up Rivas Ecópolis came to Istanbul telling everybody they had nothing to lose and blazed their way into the final. People forgot that Rivas finished the regular season as the 4th ranked team, so their performance was not really a fairytale but a confirmation of their regular season.

Essence Carson and Amaya Valdemoro told us that the success of the team was more to do with team chemistry: all the players whether in training, on the court and on the bench had a part in the journey.

In the case of Algirdas Paulauskas (right), a freakish accident to Sue Bird on the opening day left his team playing catch-up for the rest of the tournament. UMMC Ekaterinburg would have liked a semi-final between the top two teams from each group.

For George Dikeoulakos and Fenerbahçe SK, the victory against Galatasaray MP cost them dearly.

Penny Taylor was injured and then they had to wait in the arena for more than 90 minutes after the game until the supporters had been escorted away.

The match against the hosts was the only game during the tournament when the arena was packed. How the players actually played the match in such a hostile environment is still a mystery. You can watch some of our clips from both sets of fans in the video.

The Fenerbahçe players were not able to recuperate enough before the final group match against Rivas Ecópolis and hence lost their unbeaten record and a chance of playing for the title.

Maria Stepanova, Penny Taylor and Chiara Consolini all went down to ACL injuries during the five-day tournament. The exact degree of injury for each player is not known.

Taylor is looking for a second opinion and is still hoping to play in the London Olympics, while Stepanova's participation has been ruled out.

Stepanova and Consolini are expected to be out for at least six months.

What about French basketball?

French international Isabelle Yacoubou-Dehoui cannot stop winning since she picked up a EuroBasket Women gold medal in 2009. She was just one of two French players involved in the Final 8.

Sandrine Gruda walked away with yet another bronze medal from the EuroLeague Women.

The French clubs next year will just have to work harder to qualify for the Final 8. It is a format that clubs like Bourges Basket can perform well in, but first they need to qualify.