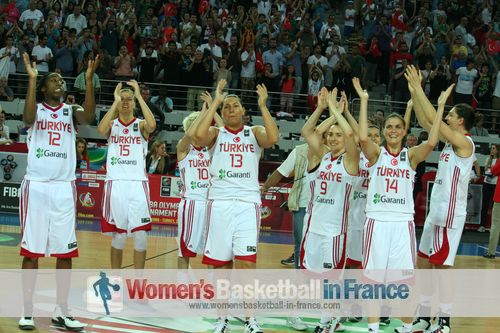 The first five minutes of the game belonged to Nevriye Yilmaz who scored 11 points for Turkey as they led (11-0).

Melisa Gretter finally got Argentina off the mark with an And-1 play. It was not the best of starts for Kuanitra Hollingsworth who picked up her 2nd foul with just over six minutes played and had to return to the bench. 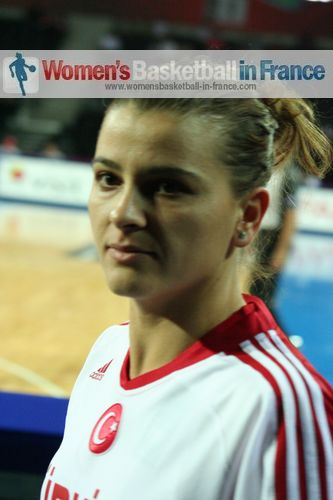 Birsel Vardarli (in picture) became the second player from Turkey to get on the score sheet with a trey while Gretter from Argentina had the last say of the first quarter also with a trey. But Turkey still had the advantage (14-8).

Argentina refused to be intimidated by the home fans and scored the first 4 points of the quarter. Yet this was as close as they were to get to the hosts.

While Yilmaz had a rest on the bench her team mates again stepped up by scoring 11 unanswered points to go 13 points ahead with 16 minutes played.

Turkey's 19-point run was ended by Agostina Burani who went 1-of-2 from the free-throw line. Turkey went into the locker room with a commanding advantage (35-15).

In the third quarter Argentina seemed to be playing without any pressure, shot a lot and outscored Turkey (25-20). But they still trailed by 15 points going into the final quarter (40-55).

Argentina continued to attack. For the first time in the match the hosts were on the back foot despite leading (57-50) with seven minutes to play.

The Turkish coach called for a time-out to calm his players down. He was rewarded with an 8-0 run (65-50) that more or less ended the game as a contest.

Turkey are the third team to qualify from the 2012 FIBA Olympic Qualifying Tournament after beating Argentina (72-58). 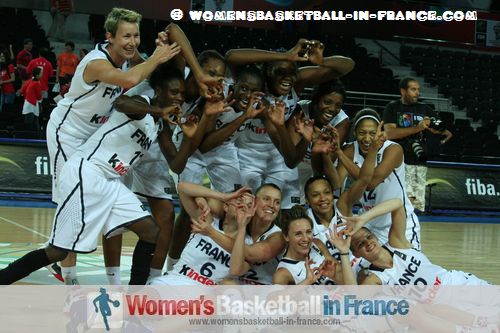 France are going to the Olympic Games for the second time

Korea applied a simple pick-and-role system at the start of the game that allowed them to have the better of the first five minutes of the game (12-8). 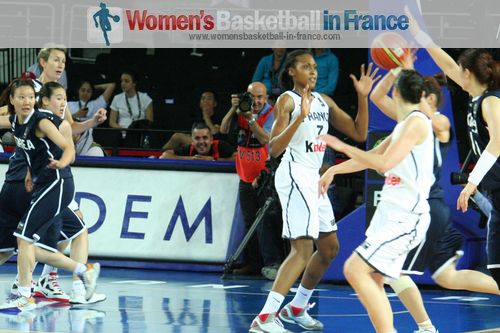 France adjusted quickly and then applied a couple of high low post plays (inside the paint systems for pivots) with Sandrine Gruda and Emméline Ndongue hitting the target to bring the teams level (12-12).

France did go in front briefly but then Korea became active with outside clutch shooting hooting to edge the first quarter (20-19).

France changed tactics completely at the start of the second quarter. They defended higher pushing Korea way beyond the perimeter while at the same time playing up tempo basketball.

The end result was that France scored 6 quick points to go in front. The Korean coach called for a time-out and then moved Yeon Ha Beon to play more in the centre of the court.

France were caught napping and Ha Beon hit a trey from the top of the arc. In the meanwhile Gruda was on fire for France and scored the basket of the match after a no-look-round-the-back-pass from Edwige Lawson-Wade.

France held on to their advantage going into the locker room (39-30) after playing well defensively.

The cat and mouse game continued for the first five minutes of the third quarter with France maintaining at least a double-digit lead most of the time.

Once again Gruda came up big for France with 5 quick points that appeared to end the enthusiasm of Korea who were heavily reliant on Jung-Ja Sin and Ha Beon. 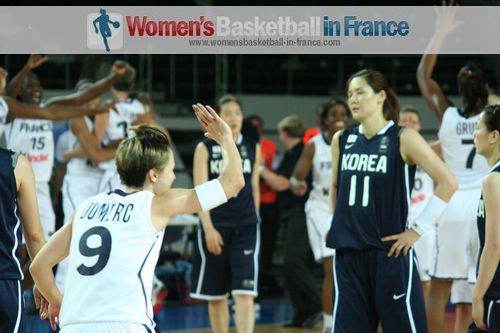 France finally had a free run and by the end of the third quarter they led (60-42).

The final quarter was played out with Korea having no chance of getting back into the match. All the same they gave a demonstration in the art of three-point shooting to their supporters' delight.

France won the match (80-63) and will be at the Olympics while Korea will face Japan in the semi-final of the Olympic Qualifying Tournament.