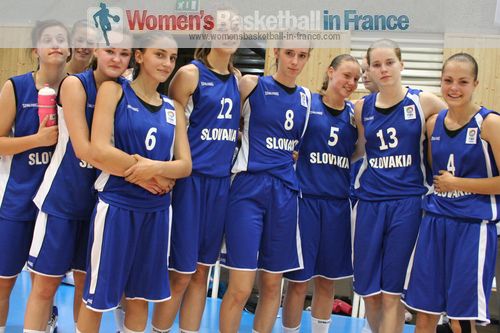 What is happening at the FIBA Europe U16 in Miskolc?

While France were having a tough match with Croatia Belgium cruised past Sweden (82-48) to claim their place in the qualification round.

The match between the Slovak Republic and Greece came to live in the final five minutes with bodies flying all over the floor.

Veronika Remenarova had a strong first half for the Slovak Republic. But it was the hustle play of Kristina Matuskova in crunch time that saw them through to win the game (44-35). Matuskova was in tears after the game because this victory may have saved them from the relegation round.

Russia were made to sweat before they disposed of Serbia(73-60). Russia are the only unbeaten team from Group B. 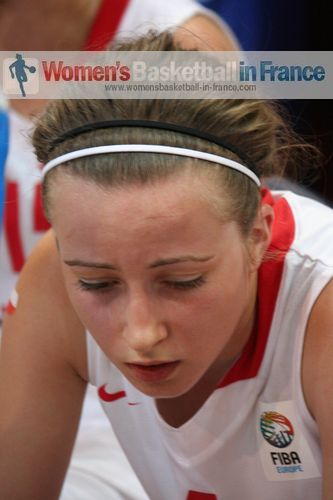 Spain are not firing on all cylinders at the moment and had to dig deep to see off the Netherlands (53-45) to record their first victory in this edition of the FIBA Europe U16 European Championship.

The Czech Republic beat England (65-48) in one of the hardest games of the day. During the first 30 minutes the lead changed hands 11 times while the game was tied on 8 occasions.

Gabriela Andelová (in picture) took the matters in her own hands from the start of the final quarter with her team leading by just 4 points (44-40).

She went 3-of-4 from beyond the arc and scored 13 of her team's final 21 points to secure victory and assure a FIBA Europe Division A status for next year.

The hosts Hungary ended the day's competition by beating Turkey (87-68).