U16 European Championship Div B
Serbia are the winners in Matosinhos 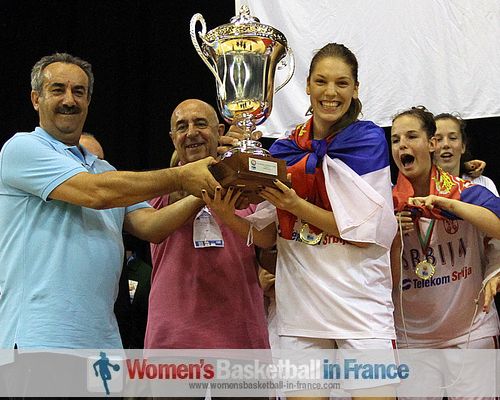 Serbia's objective for the U16 European Championship Division B in Matosinhos was to win promotion. Once this was achieved on day 10, they then focused on winning the trophy.

In the final match against the hosts, they also had to battle against 3500 home supporters.

Six minutes later after 3 lead changes Serbia took the lead for good with a three-pointer by Jovana Nogic (30-27).

It was not a classic final although the players and coaches were passionate. Serbia held their nerves as the game reached its end to hold the advantage and win the game (58-54).

Snezana Bogicevic with 15 points and 12 rebounds was the match winner for Serbia. Maria Kostourkova, the tournament MVP, scored 22 points and picked up 12 rebounds for Portugal.

In the match for bronze Denmark beat their Nordic Championship neighbours Finland (76-67) in a game that neither side dominated. 10 ties and 9 lead changes kept the neutral supporters on the edge of their seats. 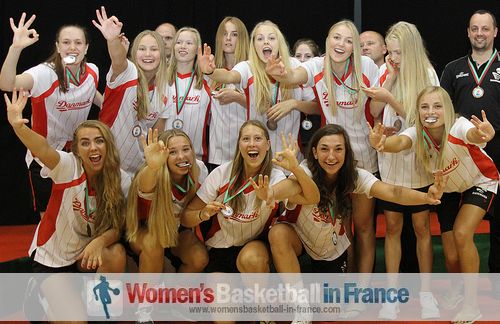 Enna Pehadzic completed her fantastic tournament with 24 points to send Denmark to Division A. This is the first time in Danish basketball history for any age group team to achieve this. Denmark have only been competing at U16 level since 2008.

In the rest of the games Poland claimed fifth place against Israel (56-52) while England edged out Belarus (47-46) with 26 rebounds by Abigail Johnson.

The three other games played on the final day were just exhibition games. Norway finished the tournament without a single win. 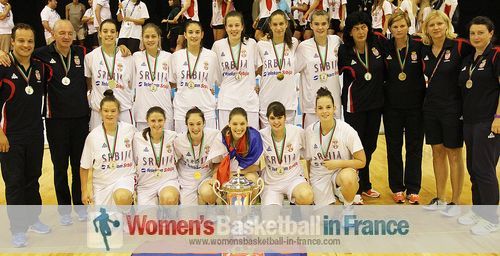 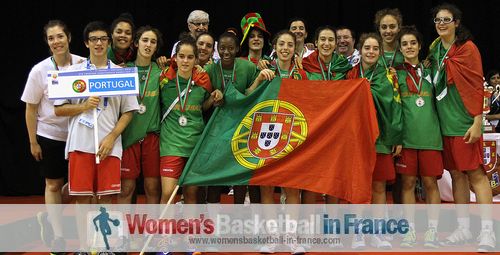