The LFB championship play-off will be between the top 4 teams after the regular season. The series is a maximum of three games with the first team to win two games declared the winner.

Home advantage is given to the team placed higher during the regular season:

The LFB challenge round is for teams that finished between fifth and 12th position.

The series are based on the aggregate score from the two-match series. The teams with the higher regular season place hosts the return game.

Tanisha Wright scored 31 points, collected 11 rebounds and dished out 3 assists. Yet she ended on the losing side as Bourges Basket won (63-60). 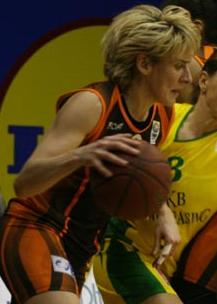 The veteran Cathy Melain turned the clock back in the final period. With less than 10 seconds left in the game she hit the final points of the game from the free-throw line after forcing Liz Moeggenberg into committing a foul.

Wright still had time for a drive to the basket but was fouled by Melain. On resumption the ball reached the hand of Moeggenberg who had no choice but to shoot as the game clock was on zero.

Her three-point attempt failed to hit the target and Bourges Basket retained their title.

The match itself lived up to its billing straight from the tip-off.

lsabelle Yacoubou-Dehoui picked up 2 fouls within the first 60 seconds of the match as she was drawn into fouls by Céline Dumerc and Nora Bujdoso.

She was forced to leave the game which appeared to be good for Bourges Basket, the hosts. However their joy was short lived as Wright kept Tarbes on the heals of their opponents.

The second quarter was intense all through with both teams having spells of dominance.

Bourges increased their advantage to 7 points which prompted the return of Yacoubou-Dehoui to the game. Yet nothing changed and Melain increased the lead of Bourges to 11 points (36-25) with 14 minutes played. 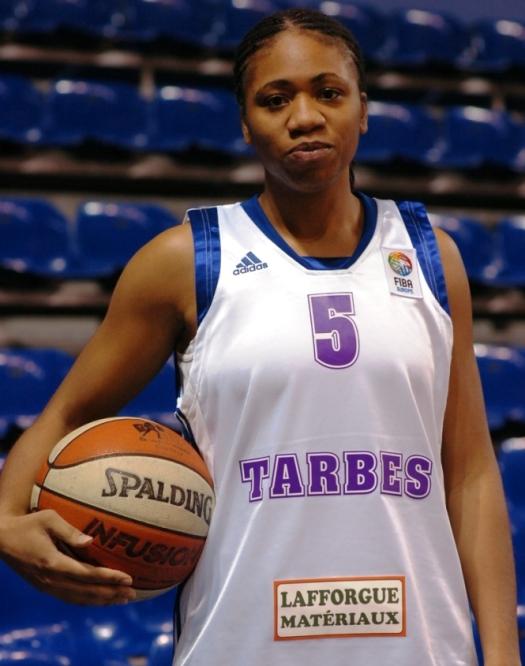 Wright (in picture) managed to reduce the deficit to 6 points before Ana Lelas went on an 8-point scoring run.

This included a couple of free-throws for the hosts to go into the locker room leading (46-34).

Scoring was difficult for both sides during the third period as the game became more difficult.

Tarbes managed to reduce their defict by 7 points going into the final period (48-53).

Wright continued her show for Tarbes which allowed her team to get back on equal terms before Melain saved the day for Bourges.

Melain finshed the game with 13 points and 6 assists for Bourges while Emméline Ndongue led the team scoring with 14 points.

LFB Basketball News from round 25

LFB Basketball News from round 24