Everything to play for in EuroLeague Women Group A 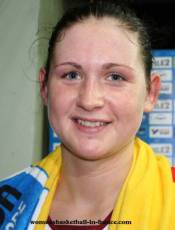 TTT Riga picked up their first victory (55-50) at the expense of USO Mondeville. It was not the home coming Aija Brumermane (left) could have wished for, at the moment playing for Mondeville.

She led the scoring alongside Lenae Williams with 14 points. However the hero of the day was Quanitra Hollingsworth who set TTT on the way to victory with 5 points during the final quarter.

Hollingsworth finished the game with 10 points and 13 rebounds while her team-mate Shavonte Zellous fired in a game high 23 points.

In the EuroSport 2 televised game Wisla Can-Pack came out on top against Good Angels Kosice (66-61). Last week's ELW player of the week Erin Philips led Wisla to victory with 18 points.

The final game in the group was played on Thursday between Cras Basket and Pécs 2010. Cras Basket won the match (68-40)and return to the top of the group.

EuroLeague Women Group B is all about Fenerbahçe

Fenerbahçe have dominated the news headlines since the start of the competition this season and are now officially one of the challengers for the title.

UMMC Ekaterinburg are very difficult to beat at home and hence the victory of Fenerbahçe (73-67) is big news.

Diana Taurasi (23 points) was having fun from beyond the arc while Penny Taylor compiled 13 points, 6 assists, 8 rebounds and 2 steals for the player-of-the-match award.

Crystal Langhorne fired in 17 points for the hosts.

Fenerbahçe are ranked number one in the EuroLeague Women and are two wins away from qualifying for the play-off.

MKB EuroLeasing got past Gospic Croatia (82-68) to snap their two-game losing streak, while Rivas Ecópolis got past Lotos Gdynia (70-65)

Gospic are the only team to finish the first half of the qualifying round without a victory.

EuroLeague Women Group C is a headache for the bookmakers

All the clubs in this group are still in the battle for play-off qualification.

Tarbes picked up their second win by beating VICI-Aistes (63-59). However it appeared that Tarbes did everything possible in the last couple of minutes to lose the game.

4 free-throws missed during the last couple of minutes almost allowed VICI-Aistes to snatch the game. 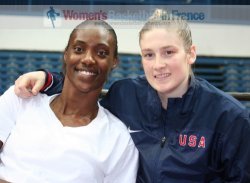 Delisha Milton-Jones also added to the misery of Galatasaray by scoring 20 points and collecting 11 rebounds.

Sparta&K Moscow Region, led by Irina Osipova with 15 points, had to wait until the final quarter to pull away from Halcon Avenida (72-60) for their third victory.

Sancho Lyttle's third double double with 12 points and 13 rebounds as well as the 19 points from Ana Montañana were not enough for Halcon Avenida to avoid their first defeat of the season.

Halcon still stay on top of the group with 4 wins while Sparta&K Moscow are one game behind with 3 wins.

Tarbes and Galatasaray have 2 wins each. VICI-Aistes hold up the table with just 1 win.

At the moment all six teams can still qualify for the play-off phase.

Ros Casares made it 5 wins from five games in beating Frisco Sika Brno(82-74).

With Jo Leedham hitting a three-pointer with 13 seconds left to play she sealed the victory for KSSSE AZS-PWSZ against Orenburg Nadezhda (76-73).