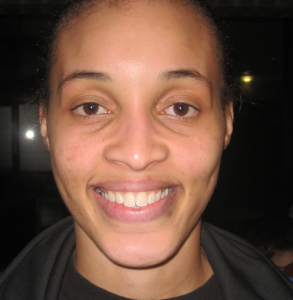 Tamara Moore is back in France after spending three years of her basketball career in Israel. She had enjoyed her time in Nice. So she knew she wanted to come and play in France again. She commented that for her club the first half of the season was a roller coaster ride. Still they played a lot of great teams. She added that starting the new year 3-0 was really good. But the games would not get any easier. Listen to her comments here: 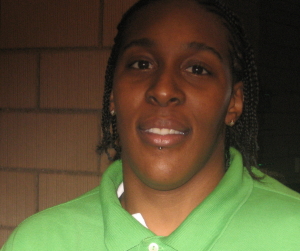 Tiffany Stansbury loves playing in France and is working on finalising her dual citizenship.

She is all praise about everybody at Saint Amand, from the president to the fans. She believes that the club could give the top clubs a run for their money.

As for the French league Tiffany confirmed that there were a lot of good players including some players from the WNBA.

Tiffany said she was looking forward to going back to Minnesota in the summer. Meanwhile she was working on her French. Listen to her comments here:

Players from Reims, Tarbes and Villeneuve d'Ascq speak about their experience