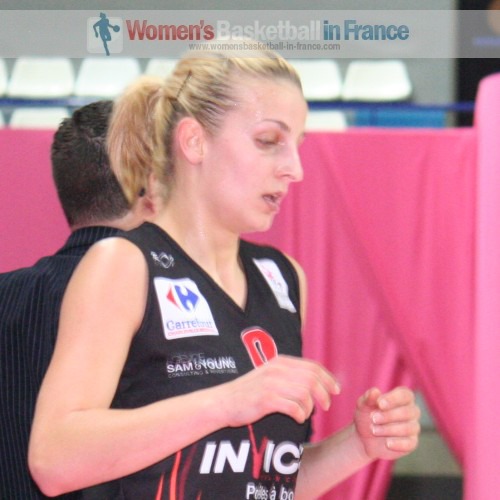 This was followed by Ekaterina Dimitrova (left) hitting a shot from the land of many to almost tie the game on the buzzer.

Despite controlling the ball for 75% of the time, Tarbes went into the interval leading by only 2 points (24-22).

The third quarter was end to end basketball with direct confrontation between the point guards from both sides.

Amel Bouderra (right) and Dimitrova for Charleville were taking on Florence Lepron and Isis Arrondo.

They kept their advantage going into the final quarter (40-38).

The last quarter was a ding-dong affair with the lead changing hands several times. 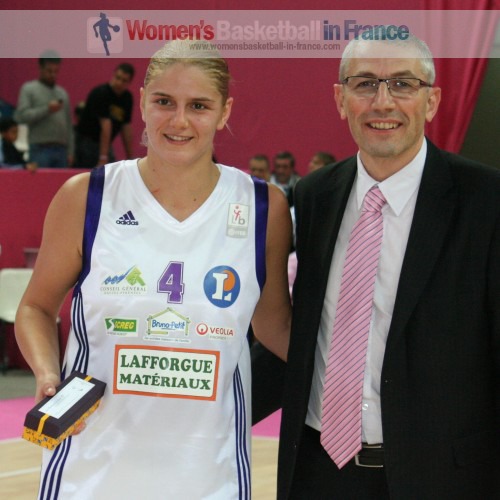 The teams were still locked together (55-55) with 75 seconds to play after MVP of the match Jelena Dubljevic (left) made two free throws.

The end was a firework display with Erin Thorn nailing a baseline three-pointer for the champions.

Kristen Mann then somehow managed to run along the baseline to score 2 points to make it a one-point game. 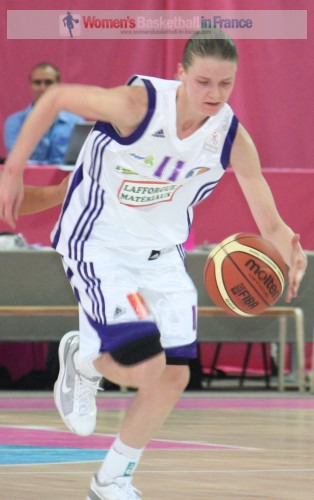 Charleville continued to press and and forced a turnover. But Florence Lepron (right) saved the day with a steal and 2 more points.

Ten seconds remained with Tarbes defending well. So Bouderra was left with a difficult shot to save the game.

However her ball hit the rim and bounced out leaving Tarbes with a hard fought victory (60-57).