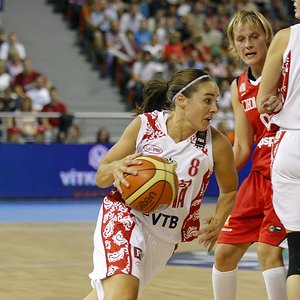 Russia had to wait until the final minutes to blow away Spain to remain unbeaten at the FIBA World Championship.

Spain led (60-54) with nine minutes to play. Russia then went on the attack and scored 16 unanswered points to take hold of the game with Becky Hammon and Irina Osipova doing most of the scoring.

Hammon finished the match as top scorer with 27 points.

Japan needed to beat Korea by 4 points to stay in the competition but ended up losing (64-65). Korea's reward for the victory is a quarter-final clash with the USA.

The Czech Republic eliminated Brazil from the competition (84-70).