Portugal started the game with a trademark three-pointer by Michelle Brandao.

They went on to dominate Greece in all sectors of the game for the first four minutes to lead (10-3) off another trey by Brandao.

Greece scored only two baskets in open play and were kept in the game with points picked up from the free-throw line to trail (10-17) at the end of the first quarter.

Portugal started to turn their domination into points and scored the first 10 points of the second quarter (27-10).

Greece were unable to break the defensive wall of their opponents and fell further behind as Portugal hit them time and time again on the fast break to go into the locker room leading (39-16).

Greece did not offer much resistance during the third quarter and allowed Portugal to complete a 17-0 run which ended the match as a contest (47-16) with just over 24 minutes played.

Portugal went in the final stanza leading (59-20). Their coach Manuel A. Rodríguez (above right) continued to turn his bench as his team cruised to victory (82-32) and booked their ticket for the quarter-final of the Fiba Europe U20 European Championship Women Division B competition.

Israel just held on to win against Austria

Austria got off to a flying start (7-2) with less than three minutes played.

Israel made things difficult for themselves with Eloisa Katz picking up 2 early fouls and having no presence in the Austrian paint.

Austria enjoyed their advantage and stretched the lead (14-7) at the midway point of the first quarter. 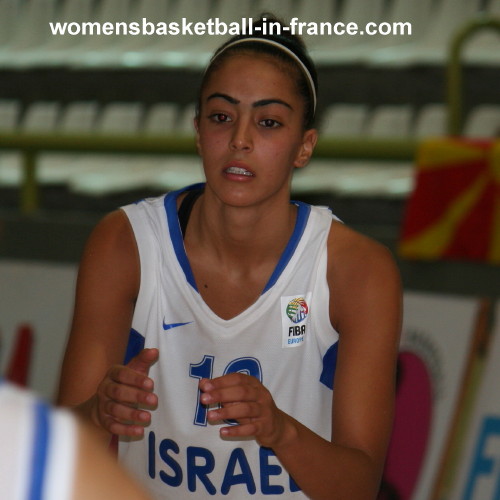 The introduction of Keren Nechama (left) and Maya Reiter for Israel changed things.

Although Nechama is not the tallest player on the field she weaved her way in and out of the Austrian paint and inspired her team-mates.

Israel recovered their running game to outscore Austria 11-2 to win the first quarter (18-16).

The second quarter was very intense with both teams playing to their strengths. Austria worked close to the basket while Israel went for fast breaks and long distance shooting.

Nechama continued her one-lady demolition job at both ends of the floor as Israel was 9 points clear (38-29) with just over two minutes played in the third quarter.

Hajnal Szilagyi, the coach from Austria, was forced to change her tactics and asked her players to start shooting more from the perimeter. 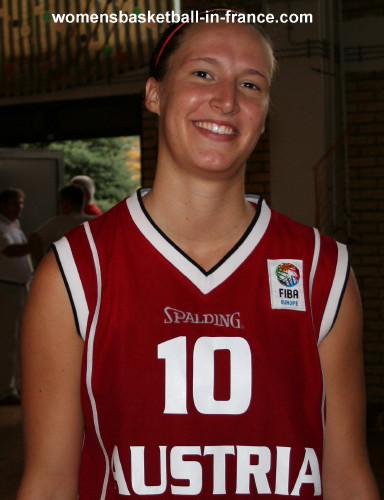 Her tactic worked and her players went into the final quarter trailing by just 3 points (48-51) thanks to a clutch three-point shot from Julia Köppl.

For eight minutes the teams played cat and mouse with Israel just holding on to the lead (61-58).

For Israel Nechama chipped in 16 points while for Austria Kata Takacs (right) was the top scorer with 15 points.

The opening was fast and furious with Macedonia connecting three times from behind the three-point line with Ana Tanturovska connecting twice for the hosts to lead (12-7) with four minutes played. 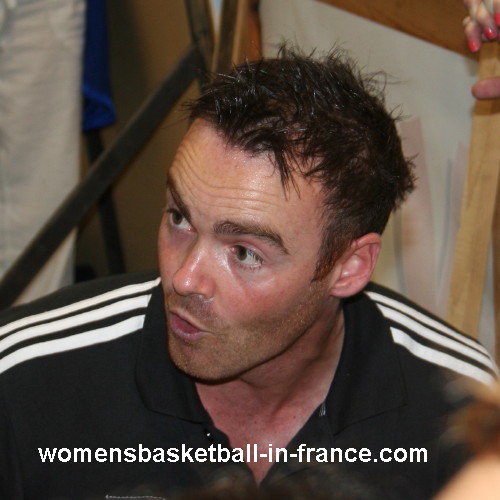 Damian Jennings, the Great Britain coach, called for his first time-out because the team needed to change tactics.

Macedonia continued to hit three-pointers and stayed in front (15-13) while the GB guards scored with drives to the basket.

Macedonia stepped up the pressure and kept Britain scoreless for the last four minutes while scoring 6 points to win the first quarter (21-15).

After the two-minute break Great Britain became more physical and were back in the game with a trey by Charlotte Stoddart (below) and 2 points by Rebecca Allison. 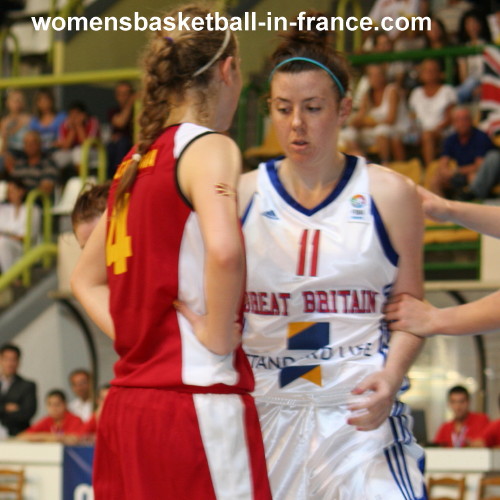 Unfortunately Andzelika Mitrasinovik from Macedonia took a nasty fall when Allison went to score and had to leave the court for treatment and never returned.

This incident fired up the hosts who responded with their 5th trey of the evening through Arin Agic.

Hannah Shaw brought Great Britain back on level terms with 2 points from the charity stripes (27-27).

The game became very physical on the court and the home fans also made life difficult for the court officials.

With just under four minutes to play the teams were level once again (29-29).

Jennings continued his policy of making frequent changes and his team went in front for the first time of the game when Mary Durojaye concluded a fast break (31-29) with just over two minutes before the interval.

Great Britain held onto the lead going into the break (35-33).

For the first four minutes after the break everything was calm and Great Britain moved 10 points clear (48-38). 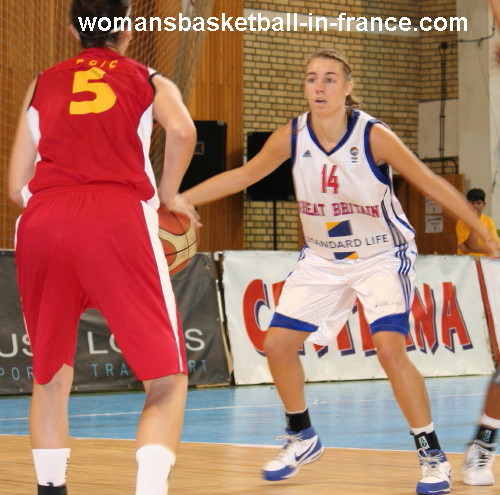 Macedonia, spurred on by the supporters, came storming back with clutch three-point shooting and with 90 seconds left to play in the quarter the teams were level once again (50-50).

It was drama all the way with Great Britain doing all they could do get the lead back. With 13 seconds left Tamzin Barroilhet (right) ran the clock down, drove to the basket and fed to Durojaye to score (56-52).

The final quarter was end to end basketball with neither side able to get a run going. 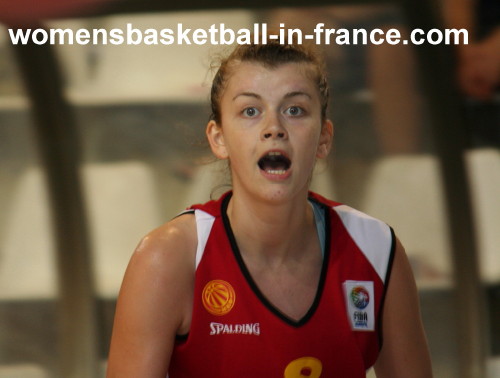 Mairi Buchan and Jelana Antik were turning on a show for their teams.

Antik (left) gave Macedonia the lead (67-64) with the game going into money-time.

Buchan was once again on hand to bring Great Britain back with a couple of free-throws. Then Barroilhet, a product from Bourges Basket Academy in France, drove to the basket in a similar fashion to Céline Dumerc, to go back in front with a minute left to play. 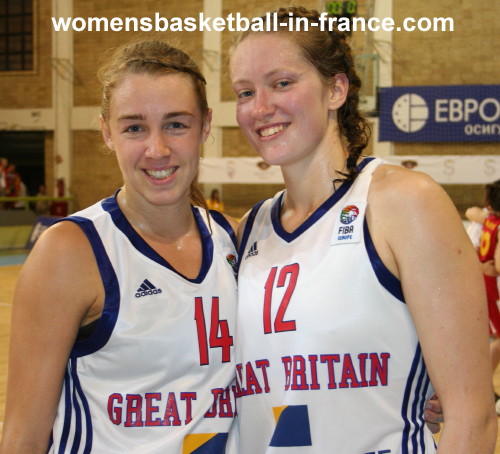 Barroilhet was not finished and tried the move again but was fouled in the process. She calmly hit 2 free-throws and despite the drama around the shot clock Great Britain survived to win (70-69).

In double digits for Great Britain were Buchan (double-double), Durojaye and Barroilhet with 17, 13 and 10 points apiece.

For Macedonia Antik led the way with 25 points and Vanesa Vasilevska added 12 points.

Great Britain are making their first appearance in a Fiba Europe U20 European Championship Women quarter-final since 2007 when they won bronze, led by Jo Leedham.