The French players have been speaking all week about the fighting spirit and the heart of this team. All this was not enough to hold off a disciplined performance by Lithuania.

France did not help themselves with a high number of turnovers, 28 in total, and a (11-23) in the first quarter. 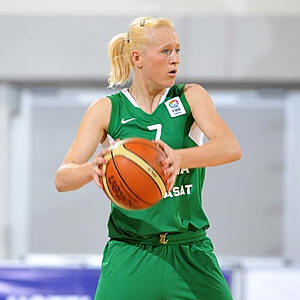 The French team used up a lot of energy as they chased after the score during the second quarter. They went into the interval trailing (28-31).

France huffed and puffed all through the second half and even went in front. But it was the performance of Santa Okockyte with 20 of her team's 38 points during the second half of the match that defeated them.

Her 29th point of the game put Lithuania in the lead for good with 3 1/2 minutes left to play in the game. France were unable to score again and repeat the Houdini acts of previous games.

With this victory Lithuania have also secured a spot in the last 8.

The Italians have won every game they have played in this tournament without much fuss. On this day it was the turn of Lucia Morsiani to lead the team in scoring with 17 points in the victory (81-51) against the Ukraine.

The Italians success so far has been on defense. They have not allowed in more than 54 points in any game.

They restricted a tired looking Alina Iagupova to just 13 points and had the game won by the end of the third quarter leading (73-40). 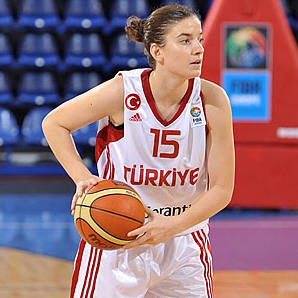 Turkey won on the opening day of this FIBA competition and have then been on the wrong end of the stick in the following three games.

The relief in the faces of the players was understandable as they held off Poland (68-64) in a tight finish. Turkey were led by Özge Kavurmacioglu (left) who scored 20 points.

Despite this defeat Poland is not out of the running for a place in the quarter-final.

Poland, Turkey and Ukraine can all still qualify for the quarter-final depending on the results of the final game.

Belgium and Hungary bounce back

The Belgian Cats had to wait until day five to come up with their best team performance.

Lut De Meyer led the team scoring with 21 points. Yet it was the team's control of the offensive boards that secured the victory (70-62) against the Czech Republic.

Hungary came from behind in the final quarter to edge out Latvia (70-66) in the last two minutes of the game.

All four teams have identical records with a win each.