The game of the night was the Group B game played in Fenerbahçe. 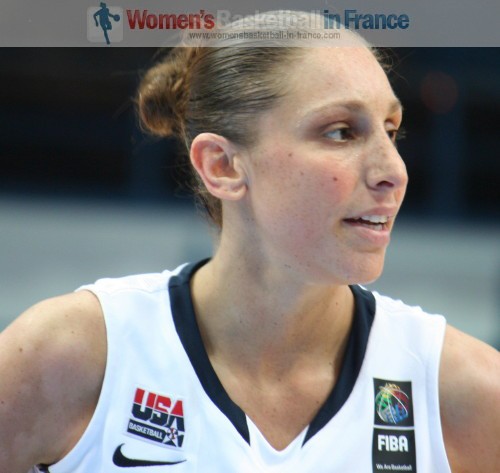 The spectators were treated to an offensive show with the hosts coming out on top (109-92) against Gospic Croatia.

Diana Taurasi scored 34 points and had 7 assists while Nevriye Yilmaz and Penny Taylor contributed 22 and 15 points respectively in the victory.

Maurita Reid led the scoring for Gospic Croatia with 28 points.

Angel McCoughtry and Zane Tamane added 16 and 15 points for the Hungarian side as they notched up victory number 2.

Frisco Sika Brno's supporters and Cheryl Ford have a lot to smile about after beating Nadezhda (62-61) in a thrilling Group D encounter.

Isabelle Yacoubou-Dehoui was firing on all cylinders with 31 points and 10 rebounds as Beretta-Famila pulled off a road win (74-70) against Gorzou. However it was the free-throws from Raffaella Masciadri that secured the victory at the end.