EuroCup Women round 5 round up

Rima Margeviciuté played for COB Calais during the 2006-2007 season. She is now playing for Lemminkainen in Lithuania. Margeviciuté, like her team-mates chose the right time to play their best game of the competition and notch up victory number 1.

They beat Zeljeznicar (79-48) and are now sure of finishing second in Group A. Margeviciuté scored 13 points and pulled down 9 rebounds.

Lucie Bouthors had to watch from the sidelines as her side Besiktas JK fell at home (63-71) to Partizan Galenika despite 21 points from Iziane Castro-Marques. 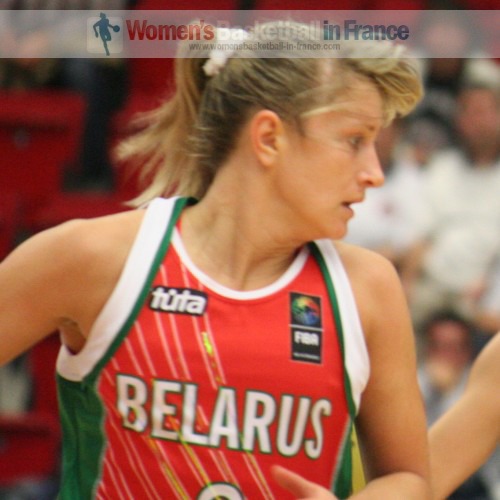 Elsewhere there were no surprises but some solid performances from top players in the competition this season.

Italian international Kathrin Ress went 7-of-9 from the field in compiling 19 points for Gran Canaria in the victory against Szeviép (84-48).

Shay Doron from Israel poured in 20 points for Elitzur Ramla in the win against HATIS Yerevan (79-61), while Abisola Olajuwan compiled a double double of 14 points and 15 rebounds in less than 21 minutes for Seat Györ in the win against Saarlouis Royal (69-51).

EuroCup Women results from round 5: