A bad night for French clubs in EuroCup Women action

Mondeville were without Temeka Johnson due to unsolved administrative licence issues that was not been resolved in time for the trip to Turkey.

Botus Spor were solid during the first 20 minutes from the free-throw line with a perfect 12-of-12. 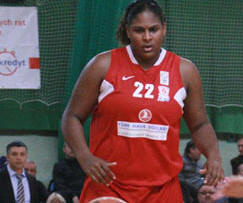 Courtney Paris (left) scored 7 times from the charity stripes in her total of 15 points at the interval. She also pulled down 12 rebounds as Botus Spor dominated Mondeville (42-28).

Botus continued to apply full court pressure during the third quarter and stretched their advantage going into the final quarter (64-41).

Mondeville staged a comeback and with three minutes left to play they reduced the deficit to 8 points (62-70).

Yet Botus survived the storm. Thanks to 2 late points by Gamze Takmaz (18 points) they finished with a 9-point lead (76-67) for the second leg. Paris finished with 22 points.

Lattes Montpellier were without Constance Jinks for the game against K. V. Imperial AEL. Despite having the better start to the game (4-0) they finished the first quarter trailing (19-14).

Chamique Holdsaw (9 points and 6 assists) controlled the pace for the Cypriot side while Daliborka Vilipic (18 points) and Sheril Baker (13 points) did most of the scoring in their victory (72-52).

Pauline Krawczyk led the attack for Montpellier with 13 points.

The rest of the EuroCup action 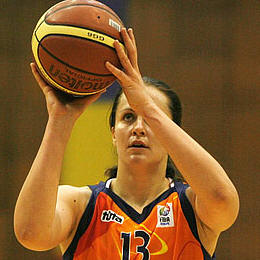 Linda Fröhlich (left) went 7-of-7 from behind the arc and scored 30 points as Municipal Targoviste beat Gran Canaria (80-55).

Shay Doron was the other big player in the match with 26 points and 4 assists while Anne Marie Parau fired in 13 points and dished out 7 assists.

Ruth Riley has not arrived yet but Sony Athinaikos held on to win (57-56) on the road against Dynamo Kyiv.

Sheana Mosch (right) fired in 25 points and dished out 6 assists for Nadezhda in their victory against (80-70) against Spanish side Mann Filter Zaragoza. 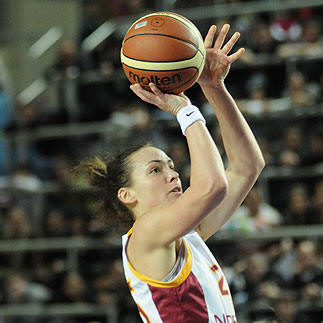 Oxana Zakalyuzhnaya was second to Mosch with 22 points while Allison Feaster-Strong led the Spanish team attack with 23 points.

Krissy Bade scored 21 points for Ibiza Sport Island but still ended up on the losing side Island against Dynamo Moscow (63-70).

Marina Kuzina's 23 points helped the team from Moscow that are one of the favourites for the competition to remain unbeaten in the competition and on track for a quarter-final appearance.