Netherlands are still in the AQT

Meindert Van Veen, the coach from the Netherlands, was made to sweat it out. Her team appeared home and dry leading (81-72) with three minutes to play.

Yet with 10 seconds remaining Finland trailed by 3 points.

Tanya Bröring from Holland had the chance to settle the match from the free-throw line but missed both shots. 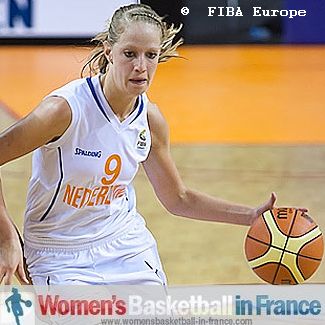 Finland had about eight seconds to save the game but left it a little too long to set up the final shot. As a consequence Reetta Piipari had to fire off a shot on the buzzer.

The ball failed to drop and Finland found themselves out of contention for the Eurobasket Women AQT.

Myrthe Beld (right) was the top scorer for the Netherlands with 21 points while Clara van der Hoek added 15 points.

Taru Tuukkanen was the best scorer for Finland with 22 points.

Results from day 1 to day 3