Portugal held off the Slovak Republic 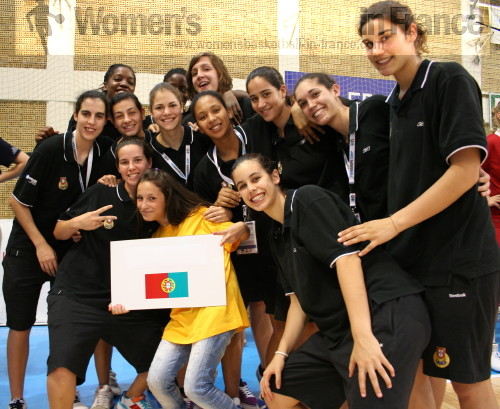 The Slovak Republic made the mistake of allowing Joana Bernardeco from Portugal too much space beyond the arc as her team went on an 11-0 run to lead (17-5) with just over five minutes played.

Portugal were playing at pace and won the battle of the boards as they blitzed the first quarter (27-14) with an impressive 10-of-16 from the field which included 4-of-5 from the land of many.

The Slovak Republic put an end to the Portuguese dominance and clawed their way back into the game with fast breaks. They trailed (27-31) with three minutes left to play in the first half.

The teams finished the quarter hitting basket for basket and Portugal went into the locker room ahead (37-31).

The Slovak Republic switched to a player-on-player defensive system after the break and managed to stop their opponents having open shots. But they were penalised for their aggressive defense allowing Portugal to score 13 consecutive free throws to hold on to the lead (54-48) after 28 minutes.

Veronika Cernáková from the Slovak Republic was leading her team on with 15 points. Yet the solid work in the paint and perfect free-throw shooting by Sofia Da Silva kept Portugal in front (56-48) going into the final quarter.

Maria Felixova continued to pound the boards and score points for the Slovak Republic while Alexandra Baburová was running all over the court as they clawed themselves back into the game (62-65) with three minutes to play.

Da Silva came to the rescue of Portugal with 2 more points.

The Slovak Republic had many changes to tie the game while trailing (65-67) with the game in money-time. 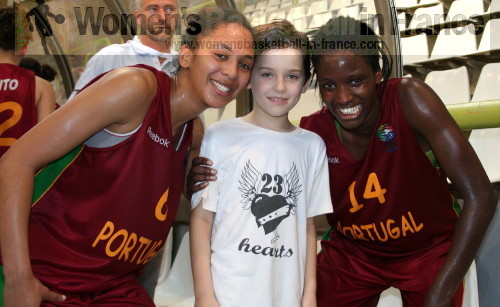 Marcy Goncalves then forced her way into the paint with 25 seconds to play.

She scored as well as drawing the foul. She kept her calm at the free-throw line. However with nine seconds left to play Veronika Cernáková fired in a big three-pointer.

Da Silva was fouled with about 2.7 seconds to play. She calmly made her free-throws to secure the victory (72-68).

De Silva went a perfect 9-of-9 from the free-throw line to lead the scoring with 21 points for Portugal while Maria Correia (abbove left) contributed 13.

Great Britain opened the game with a (6-0). But then early fouls allowed Emmanuella Mayombo to open the scoring for Belgium.

Neither side was coping with the heat early on and most of the scoring game from the free-throw line with Great Britain leading (13-6) with eight minutes played.

Mary Durojaye finally scored from open play for GB to lead (15-6) at the end of the first quarter.

Both teams stepped up in the second quarter and the game became intense.

Great Britain continued to win the battle under their offensive boards and stretched their lead (21-10) with 14 minutes played in the second quarter.

Damien Jennings, the Great Britain coach, was changing his players regularly in the heat and was rewarded as the advantage grew (32-14) with two minutes to play before the break.

Miete Celius picked up the pace for Belgium as they finished the quarter stronger with a 7-0 run. They finished it off with three-point baseline buzzer beater by Caroline Bourlioux to reduce GB´s advantage to (32-21).

Belgium once again picked themselves up and scored back to back points. The game became faster and more physical with GB maintaining the lead (50-32) going into the final quarter.

The heat finally caught on the players with just 2 points scored by Rebecca Allison for Great Britain in the first three minutes of the final quarter (54-32).

Chiemeka led a balanced Great Britain attack with 15 points. Mary Durojaya followed up with 12 points. For Belgium Mayombo and Celius scored 12 points each. 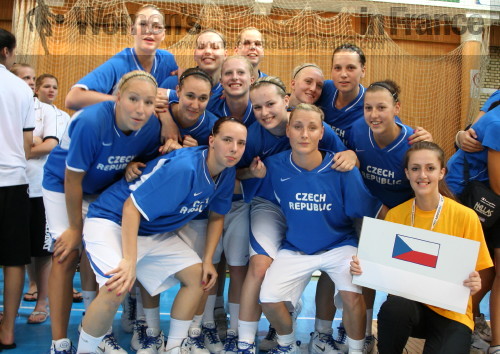 The last game of the day saw the Czech Republic take on Hungary. Neither side came out firing on all cylinders.

They played cat and mouse for the first 20 minutes with the Czech Republic having the better of the first half (44-34) with Alena Hanusova leading the way with 12 points.

Both teams stepped up in intensity after the break and started to play basketball in the youth tradition of their federations: three-point shooting, fast breaks and no look passes with the Czech Republic holding onto the lead (64-56).

Hungary had been trailing from the 12th minute and were forced to take risks as they attempted to bring down the score. Yet each time they scored, their opponents hit back leaving them adrift by the same 8 points with the game in money time.

The Czech Republic controlled the closing minute to win (81-72).