Arras had to work very hard to come away from Russia with a 9-point lead.

Despite leading by 10 points (17-7) by the end of the first quarter Arras failed to stamp their authority on the game. They allowed the hosts right back into the game in the final quarter.

Ana Dabovic (24 points) put the hosts, Dynamo-GUVD, in front for the first time with just under seven minutes to play (59-58). 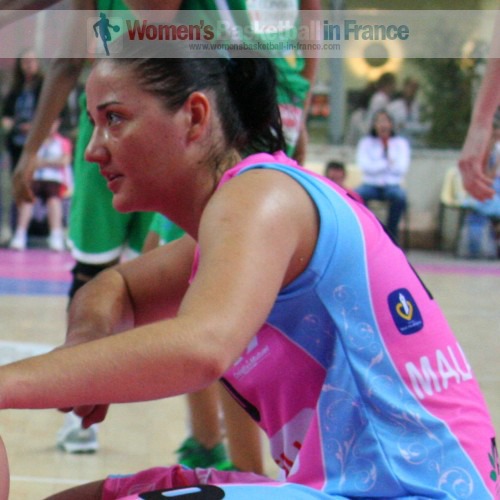 Arras were forced to dig deep into their reserve. They took back the lead for good with five minutes to play through Pauline Akonga N’Simbo (15 points).

A trey by Johanne Gomis (11 points) put Arras firmly in the driving seat. With Olesia Malashenko scoring 17 points and picking up 10 rebounds and having a solid game at both ends of the court, Arras prevailed.

Leilani Mitchell, who did not play in the French Cup match during the weekend, scored 17 points and dished out 5 assists while Marielle Amant also finished in double digits with 10 points.

Sheana Mosch who played for Arras three seasons ago was the only other player from the hosts in double digits with 17 points.

Nantes-Rezé ended the perfect record of the number one seeds, Chevakata from Russia, with a first-leg victory (83-70).

Emilija Podrug fired in 21 points while Caroline Aubert dished out 6 assists in a hard fought game.

Chevakata struggled to get inside the paint but had a field day from the land of many, hitting 11-of-23. In addition Loree Moore dished out 12 assists.

Nantes-Rezé were able to build on their lead gradually thanks to the inside work of Mame-Marie Sy-Diop's double-double (18 points and 13 rebounds) and Sabine Niedola who scored 15 points and picked up 7 rebounds.