The rest of the Eurocup Women news from day 1

On the roster of HATIS Yerevan are a couple of players who have played in France: Erica Davis who played for Limoges last season and Canadian International Kaela Chapdelaine who started her post college basketball career with Nantes-Rezé (2008-2009).

However their experience was not enough to help the team on the road against Dynamo-GUVD as they opened their campaign with a (50-79) loss.

Nicole Ohlde who played in France last season of USVO fired in a double double of 14 points and 17 rebounds as her new team Reyer Venezi held off Dexia Namur (63-59).

The Lotto Young Cats is a Belgium team that is made up of youth international players. With the exception of Nina Crelot who is 23 years old and Lien Lentacker (20 years), all the other players on the active roster are under 20. 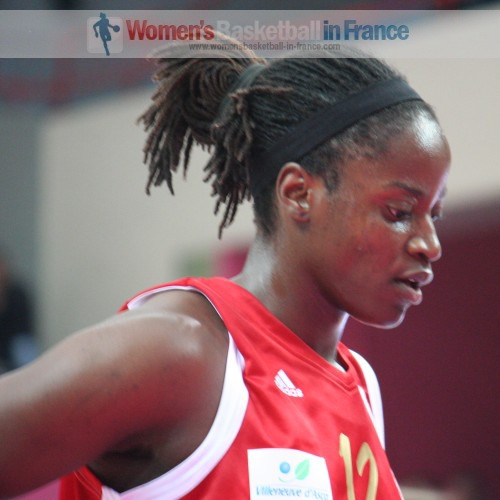 This did not stop them from beating Portuguese club side Olivais Coimbra (73-45) with 22 points and 10 rebounds from Emma Meesseman.

Dynamo Moscow will as usual be considered as favourites and needed 18 points from Marina Kuzina to get past Minsk-2006 (67-61).

The award for player of the week is likely to go to Carla Thomas (right) from Villeneuve d'Ascq for her game winning performance.

All the results from the first round: